The rise and growth of Indian nationalism has been traditionally explained in terms of the Indian response to the stimulus generated by the British Raj through the motives behind the colonial interest, the role of Western Thought, Education, role of Press and Literature as well as a worldwide upsurge. 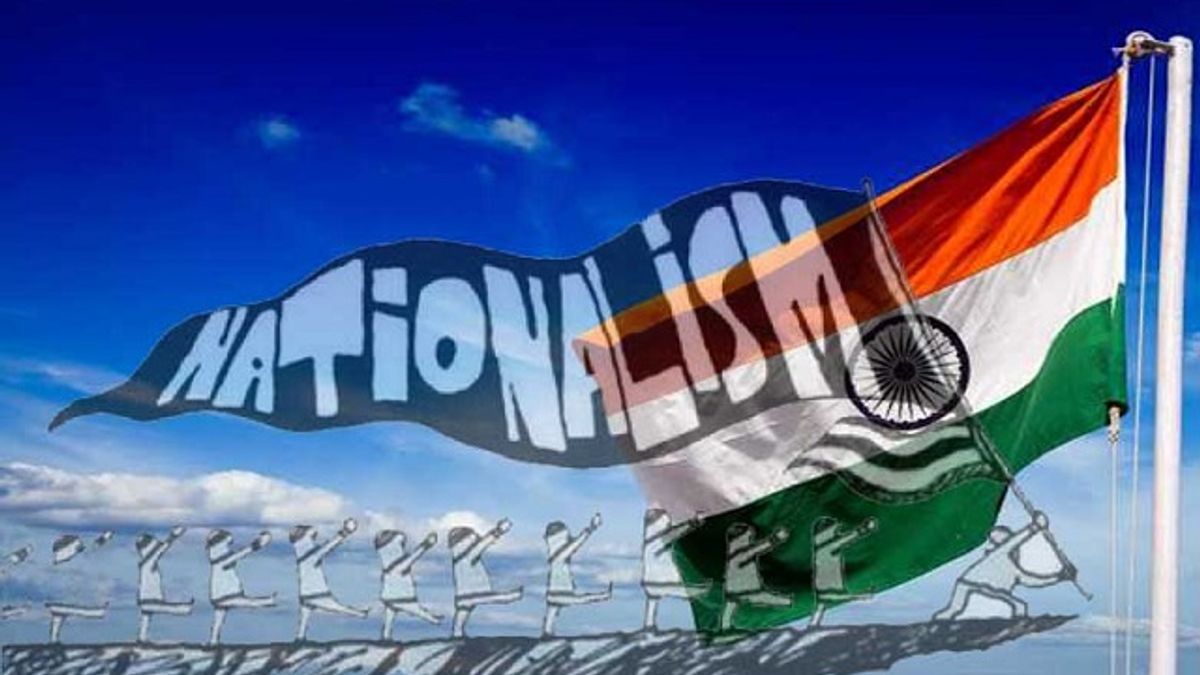 The rise and growth of Indian nationalism was the response generated by the British government through the creation of a new institution, new opportunities and new style allocation of resources as well as a worldwide upsurge of the concepts of nationalism initiated by the French Revolution. The various factors which were responsible for the growth of Modern Nationalism during British rule are discussed below:

1. Motives behind the colonial interest

The Indian nationalist movement was started when Indians realise that the colonial rule was the main reason for India’s economic backwardness. In other words, the interest of Indian involved the interest of all sections and classes like peasants, artisans, handicraftsmen, workers, intellectuals, the educated and the capitalists. The industrial infrastructure was in a pathetic state after 200 years of British rule in India. Small scale industries suffered badly and were facing near extinction.

2. Unification of Indians through political, administrative and economic reforms

The Europeans came as a trader in the 16th century, but British among other European proved themselves to be the strongest and broke the Dutch monopoly of trade in India. They got political control and began to exploit Indian resources and India was drained of its wealth badly. The Indian subcontinent under British rule extended from the Himalayas in the north to Cape Comorin in the south and from Assam in the east to the Khyber Pass in the west.

The reforms like professional civil services, unified judiciary accompanied by the codified civil and criminal laws added a new flavour in the dimensions of political unity as well as cultural unity. The planned development like railways, roads, electricity and telegraph were also the driving force because it bring people especially the leaders from different regions together.

3. Role of Western Thought and Education

The modern education played an important role in awakening of Indian political thinking because it assimilates the modern western ideas. The British introduces modern education to educate a small section of upper and middle classes to create a class “Indian in blood and colour, but English in taste” who would act as interpreters between the Government and the masses.

Hence, they came up with numerous acts and reforms like General Committee of Public Instruction, 1823; Lord Macaulay’s Education Policy, 1835; and at last Wood’s Dispatch, 1854 which is considered as the “Magna Carta of English Education in India” and contained a comprehensive plan for spreading education in India. This education system helped nationalist leader from different linguistic region to come to the same page linguistically. The new class of middle intelligentsia was emerges which were isolated by the Brahmanism culture.

Development of Education during British Period in India

4. Role of Press and Literature

The evolution of Indian press was fraught with developmental difficulties, illiteracy, colonial constraints and repression. It disseminated the ideas of freedom and became prominent tool for freedom struggle. There were 169 newspapers were published in vernacular languages and their circulation reached the neighbourhood of 1, 00,000 in 1870.

The press became tool to criticise the government policies and best platform to address the people to unite. This is the only reason of numerous restrictions imposed on the press during the colonial period from time to time. It helped people to spread, modern ideas of self-government, democracy, civil rights and industrialisation.

5. Rise of Indian Intellects and rediscovery of India’s past

The British Policy of interference resultant the rise of Indian intellects like Raja Ram Mohan Roy, Ishwar Chandra Vidhyasagar etc. who started reforming the Indian society from social evils and preaches the superiority of the Indian text and culture.

Some historian like BM Malabari, RG Bhandarkar, RL Mitra etc. shows a new picture of India’s past which was characterised by the well-developed political, economic and social institutions, flourished trade and commerce, rich heritage of art and culture. This kind of writing created an environment of self-respect and confidence among the nationalists that helped them to demolish the colonial myths of superiority.

It played important role to remove social evils which divided the Indian society which had detrimental effect to the colonial rule. It brings different sections of the society all together and proved to be an important factor in the growth of India nationalism.

7. Role of contemporary Movements in the world

The French revolution, end of Spanish and Portuguese empire in South Africa and the national liberation movements of Greece and Italy deeply influence the Indian national movements.