Why are earthquakes getting more common these days in India? Here are the reasons behind earthquakes in Delhi-NCR

News about earthquakes in India, especially in Delhi has become common in the past few days. Wondering what might be the reasons? Here are the beans spilled!

A few days ago, on November 9, people of Delhi-NCR reported tremors at night. This earthquake was of a magnitude of 6.3 on the Richter scale. Then just three days after the incident, tremors were felt again in the evening on November 12 with a magnitude of 5.7. These were 2 incidents of earthquakes in the same week. Moreover, recently an earthquake of 4.1 magnitudes hit Himachal Pradesh. Why is earthquake news getting more common these days? Are there things to worry about? Here are all the explanations you wish to know about.

The northern states of the country including Punjab and Delhi have been experiencing tremors frequently in the last few days. Recently, people in Delhi and NCR regions have felt two high-magnitude tremors back to back in the same week.

Why do earthquakes occur? Explained in brief! 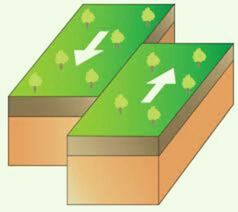 Now, why are earthquakes getting common in India?

There are some specific reasons behind the increased frequency of earthquakes in the country. The country faces frequent earthquakes in the northern and northeastern regions due to the fact that some parts of Nepal and India are situated on the boundary (fault zones) of two great tectonic plates.

It is when the Indian plate moved toward the Nepalese plate that the Himalayas were formed. While the formation of the Himalayas was good news, the collision of these two plates made both India and Nepal more prone to earthquakes.

Now, the last question we are about to answer for you is why are earthquakes getting common in Delhi-NCR.

Let’s consider this fact. Delhi is located on the Sohna fault line, the Delhi-Moradabad fault line, and the Mathura fault line. All three are active seismic fault lines.

In case of Gurgaon, the region is placed on not one or two but a total of seven fault lines, making Gurgaon the most dangerous part of Delhi-NCR when talking about earthquakes.

Now, Delhi has always been vulnerable to earthquakes as it is situated in the fourth-highest seismic zone out of the total five classified by the Bureau of Indian Standards.

However, relieving news, if not good news, is the fact that Delhi has neither become the epicenter of any earthquake till now, nor is it likely to be in the future.