A Blessing for Indian Animation Industry

Indian culture and mythology has numerous heroes for the animation industry. 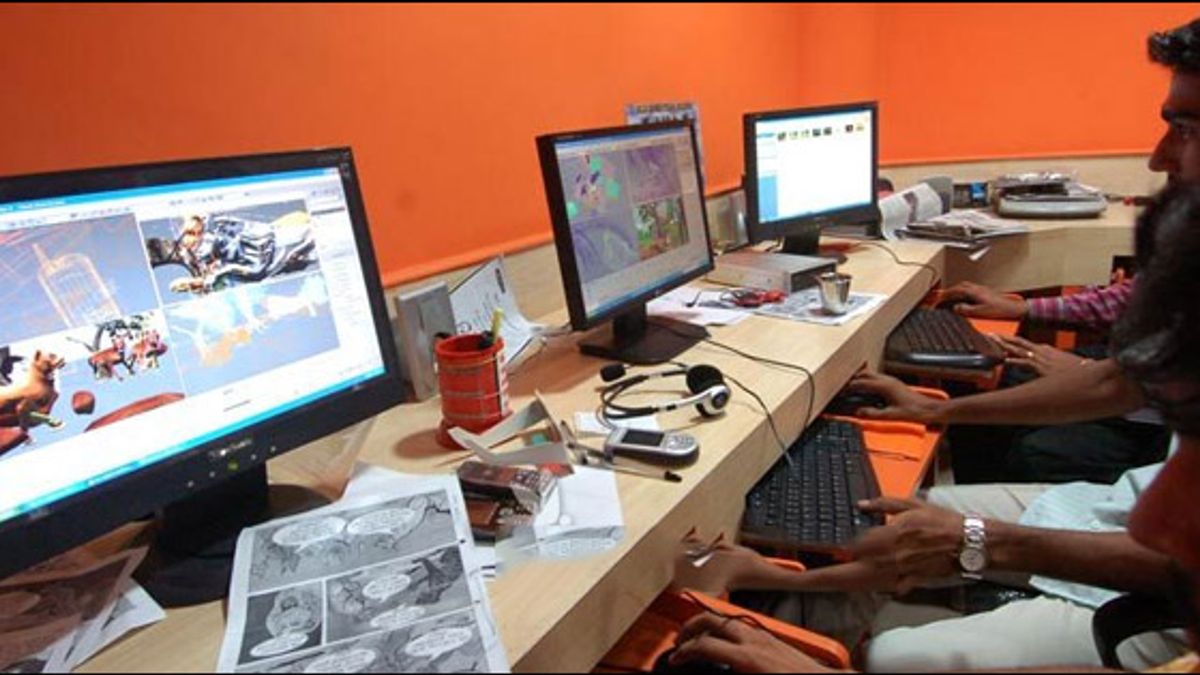 A Blessing for Indian Animation Industry

Race of the gods

The splendour of Superman is passé; the man of steel is now Hanuman, the Indian God who is heating up things in the animation world. Similarly, the mystique of Spiderman has been replaced by the mysticism of Krishna, the prankish Indian deity and the heroic adventures of Bal Ganesha, the elephant God. The list is endless as the animation industry witnesses the entry of famous Indian court jesters Tenali Raman and Chhota Birbal along with legends like Arjuna, Ghatothkach and Bheem from Indian folklore.

“Indian history and culture is a rich source of content for thousands of stories waiting to be told,” informs Supreet Bhamrah, Managing Director, Frameboxx. He adds that earlier the country was not able to find appropriate platform to showcase the immense potential it has in terms of storytelling. However, with the growing popularity of Indian cinema all over the world, plus its massive contribution in terms of graphics, animation and special effects to Hollywood, a plethora of opportunities have unfolded in animation filmmaking and cartoon programming. The industry is seeing the resurgence of Indian mythological characters as also many entertainment channels are screening mythical programmes and films. This has boosted interest among viewers to watch more and more religion-based shows including cartoons.

“The efforts of Ram Mohan, the doyen of Indian animation, have eventually paid off. His persistence to create an animated version of the Ramayana epic, in collaboration with Japanese filmmaker Yogo Sako, made the international movie industry aware of the immense talent and content available in the country,” adds animation enthusiast and freelance graphic designer Saurabh Pulkit.

The rise of the titans

With no dearth of Indian superheroes from the country’s grand epics and period dramas such as ‘Ramayana’ and ‘Mahabharata’, the cartoon world too is revving up its programming. Now leading channels such as Pogo, Cartoon Network and Nickelodeon, among others, are focusing on localised content for their programming. Anshuman Misra, Managing Director of Turner International India says, “The decision to air locally produced animation series was in sync with the network's localisation strategy, which was to make Cartoon Network a truly relevant channel for its Indian audiences.”

Cartoon Network has been on the path of aggressive localisation since the year 2001, with content being the key corner stone of this strategy. Keeping the same in mind, the network acquired its first locally produced shows – ‘Pandavas -The Five Warriors’ and ‘Sinbad - Beyond the Veil of Mists’ from Chennai based Pentamedia Graphics and tales from Panchtantra. “This also made us the first international kids channel to acquire and showcase India made animation productions,” adds Misra. It also has in its kitty “100% Desi Toons” – which showcases back-to-back episodes of popular Indian animations such as, The Adventures of Tenali Raman (created by Trivandrum based Toonz Animation Studios), The Adventures of Chhota Birbal (produced by Mumbai based CB Media Ventures), among others.

Bhamrah informs that the country itself provides a prospective audience for Indian folk tales and fables and if the story is told interestingly, keeping the modern trends in mind, it can capture the interests of international market too. For instance, ‘Little Krishna’, Big Animation’s first 3D film based on seven years of extensive research, bagged the best animation category in the Asian Television Awards in Singapore. Shemaroo Entertainment’s ‘Ghatothkach- Master of Magic’ was screened at the Cannes film festival in 2008. ‘Hanuman’ and its sequel ‘The Return of Hanuman’ were a major theatrical success in India. Bhamrah says that for any project to make an impact on the viewer, it needs thorough research on the subject and an instinct to appeal to the changing tastes of the audience. Likewise, in the second Hanuman movie the deity is given a human form so as to draw an instant connect with the viewers.

Indians are spiritual in nature and if the animation portrays the gods and goddesses in a respectable light, they easily strike a chord with the older generation too. Moreover, Indian stories through animation make a great emotional connect with the audience and parents find in them a novel way of educating their children about the traditions, ethics and rich heritage of India. Seema Arora, mother of eight-year-old Nehal is glad to see her daughter imbibe the moral values in the most entertaining way. “In a nuclear family such as ours, cartoon channels are the only source of grandma-style storytelling, both effective and impactful. Moral lessons through adorable visuals are a great source of recall for my child and are definitely enjoyable,” explains Seema.

With the kids happy and parents happier with the content of cartoons, the Indian animation Industry is all set to rake in the moolah through quality work and great storytelling.