In this article, you will get the important memory based Current Affairs and GK questions that came in AFCAT 2019 (2) Exam held on 24th & 25th August (All Shifts). Let’s have a look at the Important Memory Based Questions that are being asked in the AFCAT 2019 (2) Online Exam Computer Based Exam. 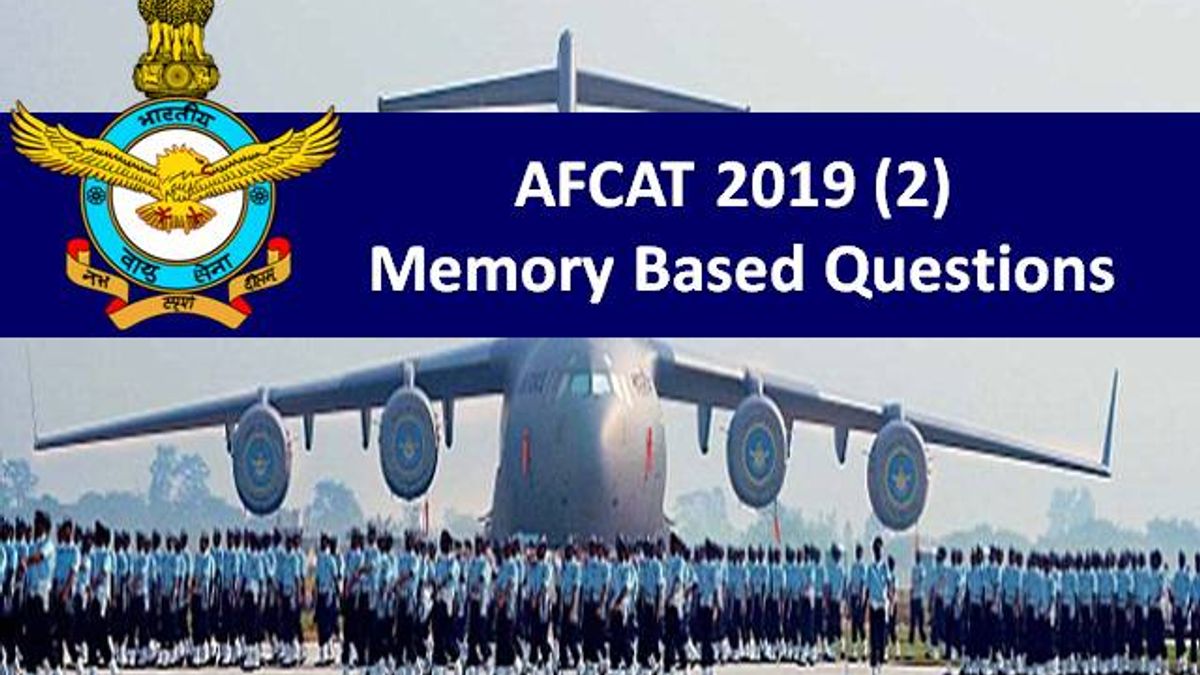 1. How many medals have been won by Micheal Phelps?

3. Which text of the Vedas refers to Medicine?

4. Duckworth-Lewis-Stern or DLS method is related to which game?

6. What is the Capital of Colombia?

7. Where is the Headquarter of WHO located?

8. Who was the founder of Mughal Dynasty?

9. What is the Actual name of Ghiyas -ud -Din -Tughlaq?

10. The Khilafat Movement was merged with which movement?

11. What is the distance between the stumps in cricket?

Answer: Distance of 22 yards/20.12 m between the centres of the two middle stumps.

12. Who rejected the Muslim League’s demand for Pakistan?

13. Which of the following book was authored by Vikram Seth?

14. Which Desert is not located in Asia?

15. Who established the Indian National Congress?

Answer: On 28 December 1885, the Indian National Congress was founded at Gokuldas Tejpal Sanskrit College in Bombay, with 72 delegates in attendance.

16. Which lines run parallel to the equator?

Answer: Benjamin Franklin was the one to prove that lightning was a form of electricity.

Answer: Emissions associated with the combustion of fossil fuels and biomass

19. Which of the following a non-ferrous element?

20. Sun occupies how much percentage of area?

Answer: It accounts for about 99.86% of the total mass of the Solar System.

Memory Based Questions based on AFCAT 2 2019 Exam held on 24th August:

2. How many overs are there in the 1st Power Play in T20 Cricket?

4. Who was the 1st Governor General of India?

5. Writer of Life of Pie

6. Which line passes through the Australian Subcontinent?

7. Who is considered the father of Indian revolutionary ideas?

8. Who is known as the Bradman of Women’s Cricket?

12. Choose the odd one out-- Pelican--Albatross--Penguin---Ostrich

13. Satyamev Jayate is part of which Upanishad?

17. Who is the writer of Padmavat Poem?

18. Name of ISROs Space Program with the highest number of Satellites.

20. Which European league won UEFA 3 times in a row?

21. What is the special about MARS ROVER satellite that NASA will sent in year 2020?

Answer: It will investigate an astrobiologically relevant ancient environment on Mars and investigate its surface geological processes and history, including the assessment of its past habitability, the possibility of past life on Mars, and the potential for preservation of biosignatures within accessible geological materials. It will cache sample containers along its route for a potential future Mars sample-return mission.