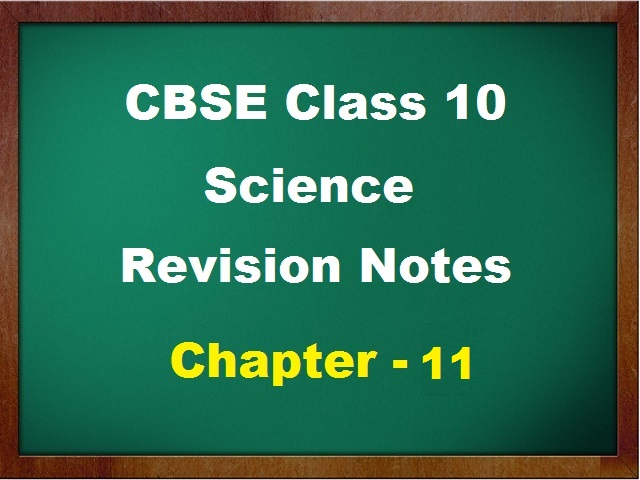 CBSE Class 10 Science Board Exam 2021 is scheduled to be held on 21st May, 2021 (Friday). To help all class 10 students prepare effectively for their first board exam Jagran Josh presents here the quick revision notes for CSBE Class 10 Science Chapter 11 - The Human Eye and the Colourful World. Students revise the whole chapters in a few minutes and clear all their concepts before writing one of the most important exams of their life. These notes have been put together by the subject matter experts and are completely according to the revised CBSE Class 10 Science syllabus. Thus, these revision notes are perfect for the preparation of the upcoming CBSE Class 10 Science Exam, helping you obtain the maximum marks in the paper.

Revision Notes for CBSE Class 10 Science Notes for Chapter 11 - The Human Eye and the Colourful World:

Refraction of light through a prism 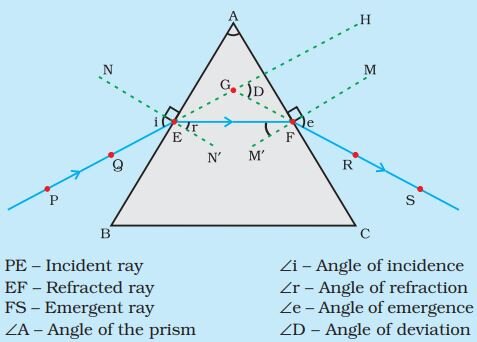 Dispersion of light: When white light is passed through a glass prism, it splits into its seven constituent colours to form a band of seven colours. This phenomenon is called dispersion. 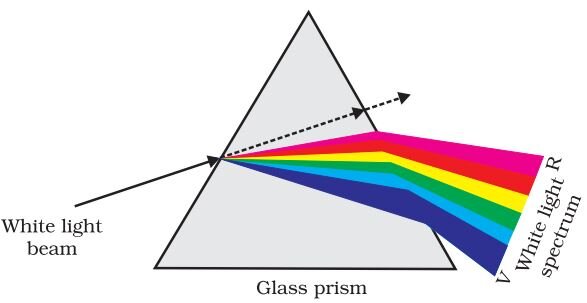 → The splitting of white light is due to bending of light rays at different angles.

Rainbow formation: It is caused by dispersion of sunlight by tiny water droplets, present in the atmosphere. It is always formed in a direction opposite to the Sun. The water droplets act like small prisms.

The water droplets first refract and disperse the incident sunlight. The light then reflects internally and again refracts as it come out of the drop to give a band of seven colours that we observer as rainbow. 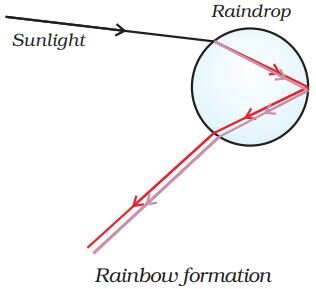 Actual sun rise happens when it comes above the horizon in the morning. But the rays of light from the sun below the horizon reach our eyes 2 minutes earlier than actual sunrise due to the refraction of sunlight as it enters the earth’s atmosphere. Similarly, the sun can be seen for about 2 minutes after the actual sun set due to the atmospheric refraction. 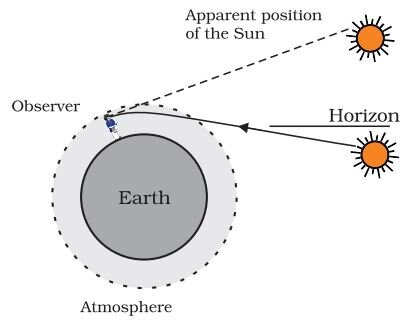 Apparent random wavering or flickering of objects placed behind a hot object or fire: The air just above the fire becomes hotter than the air further up. Hot air is lighter than the cold air above it. Thus, the optical density of hot air is less than that of the cold air. Since, the density does not remain the same, the apparent position of the object as seen through hot air, fluctuates. 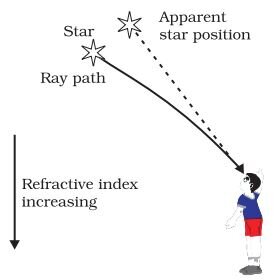 Twinkling of stars: The stars are very distant and act like the point sources of light. Since the physical conditions of the earth’s atmosphere are not stationary the beam of starlight keeps on deviating from its path. Due to this, the apparent position of star keeps on changing. Therefore, the amount of starlight entering the eye fluctuates sometime brighter and sometime fainter. This is the twinkling effect of star.

Scattering of light: It is the phenomenon by which a beam of light is redirected in different directions on interacting with the particles present in it path.

Tyndall effect: It is the phenomenon of scattering of light by the colloidal particles.

Danger signal lights are red in colour: The red is least scattered by the particles of fog or smoke. Therefore, it can be seen in the same colour at a distance.

Colour of the sun appears red during sunrise and sunset: At sunrise or sunset, the sun is located near the horizon, Hence, the light has to travel a long distance through the Earth’s atmosphere. Therefore, most of the blue light and shorter wavelengths are scattered away by the suspended particles. Therefore, the light that reaches our eyes is of longer wavelengths, hence the sun appears red. 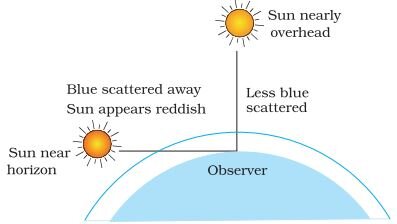 On the other hand, at noon, the sun is overhead and therefore the light from the sun would have to travel shorter distance. Due to this, only a little of the blue and violet colours are scattered causing the sun to appear white.