General Awareness for MBA: 21st to 27th May

General awareness is a very important aspect for MBA aspirants. This article is aimed at enhancing your awareness about the current news and happenings that occurred globally in this week (21st to 27th May). It will help you in your preparation for the competitive exams such as MAT, CMAT, NMAT, SNAP, IIFT, IRMA, FMS, XAT etc.

General awareness is a very important aspect for MBA aspirants. This article is aimed at enhancing your awareness about the current news and happenings that occurred globally in this week (21st to 27th May). It will help you in your preparation for the competitive exams such as MAT, CMAT, NMAT, SNAP, IIFT, IRMA, FMS, XAT etc.

1. A Passenger Satisfaction survey was conducted at the Chhatrapati Shivaji International Airport, Mumbai. This type of a survey has been conducted for the first time in India. The findings were released by the Research Team of L.N.Welingkar Institute of Management (WE School) in May 2016 at Mumbai Customs House.

The survey was conducted by Central Board of Excise and Customs (CBEC) which is engaged at WE School to conduct a survey of Passenger Satisfaction levels of customs clearance process at the Mumbai International Airport.

This Survey aimed to assess Passenger Satisfaction levels with the Customs Clearance Process by focusing on three aspects. i.e. Information, Behaviour and Process.

Key findings of the survey: 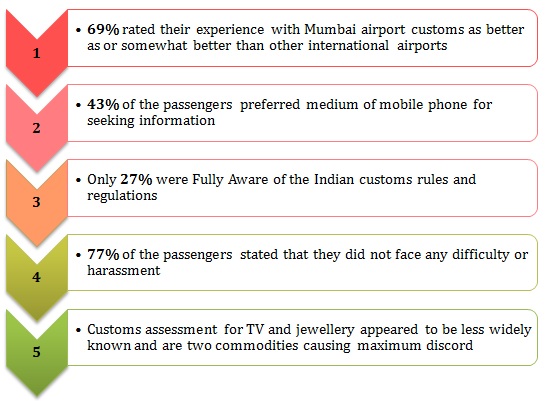 2. As per a research conducted by ASSOCHAM-KPMG jointly, India has emerged as the 5th largest producer of e-waste.

Highlights of the Study

In addition, the amendment has also asked for the conversion of Indian School of Mines (ISM), Dhanbad into an IIT. 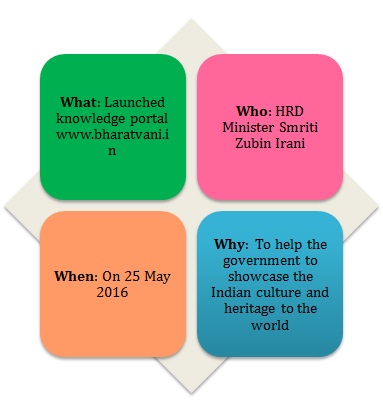 1. On 25 May 2016, Human Resource Development (HRD) Minister Smriti Zubin Irani launched the multilingual knowledge portal www.bharatvani.in at Lucknow. This achievement has rendered Bharatavani as the largest online repository of dictionaries in India.

The portal has been launched in 22 scheduled languages, which eventually will be extended to 100 more languages. It will help the government to showcase the Indian culture and heritage to the world. 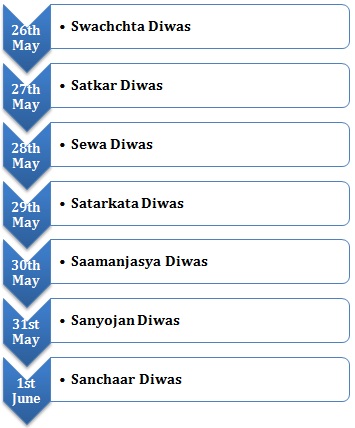 Each day of the Rail Humsafar Saptaah will focus on different theme. The list of these days is along with their theme is as under:

This loan has a 5-year grace period, and a maturity of 24 years.

4. On 23 May 2016, renowned scientist S K Sharma has been appointed as the Chairman and Managing Director (CMD) of Nuclear Power Corporation of India Limited (NPCIL).

Sharma has been appointed to the new post for a period of five years. At present, Sharma is working as Distinguished Scientist and Director (Operations) in NPCIL.

1. On 24 May 2016, the United Nations World Humanitarian Summit concluded in Istanbul, Turkey. Nations Office for the Coordination of Humanitarian Affairs (UN OCHA) organized this summit. However, the UN Secretary General Ban Ki-moon voiced his disappointment at the absence of world leaders from G7 countries. In this summit, a New charter for Persons With Disabilities was also endorsed. The charter aims to improve the living conditions of persons with disabilities during emergencies.

2. In May 2016, Islamic Development Bank (IDB) announced that it will open its first branch in India at Ahmedabad, Gujarat. The IDB plans to set up the branch at Gujarat is part of MoU signed between India’s EXIM Bank  and IDB when Prime Minister Narendra Modi visited United Arab Emirates (UAE) in April 2016. IDB is headquartered at Jeddah, Saudi Arabia.

As part of the MoU a 100 million dollar line-of-credit was to be given to facilitate exports to IDB's member countries.

3. On 24 May 2016, the United Nations Office on Drugs and Crime (UNODC) launched its inaugural World Wildlife Crime Report. The report highlights how the poaching and illegal trade of thousands of different species across the globe presents real environmental dangers. 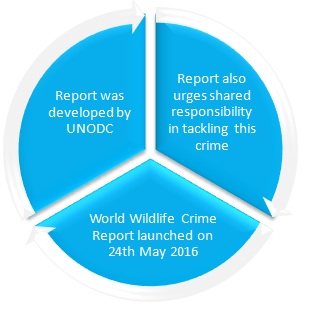 The report also urges shared responsibility in tackling this crime given how products made from illicit flora and fauna such as fashion items, furniture, food, and pets, may be hidden in plain sight. The report is a part of UNODC's ongoing Global Programme on Wildlife and Forest Crime. The report was developed by UNODC with data provided by partner organizations under the International Consortium on Combating Wildlife Crime (ICCWC), including the Secretariat of the Convention on International Trade in Endangered Species of Wild Fauna and Flora (CITES) and the World Customs Organization (WCO).

1. On 22 May 2016, India’s ace cueist Pankaj Advani won the Asian 6-Red snooker title. He defeated top-seeded Malaysian Keen Hoh Moh 7-5 in the finals that were held in Abu Dhabi. In order to reach the finals, he defeated Aditya Mehta, an Indian player, 6-1 in a semi final match. 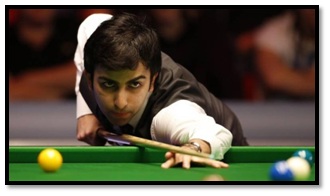 With this achievement, Advani has became the first in the world to hold both world and continental titles in 6-Red snooker at the same time.

2. On 22 May 2016, Anurag Thakur was elected as 34th BCCI President at the board’s special general meeting (SGM) that was held in Mumbai. 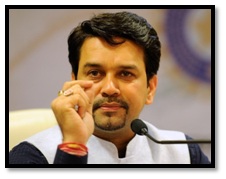 Thakur succeeds Shashank Manohar who stepped down from the position to take up the ICC chief's job. He will serve as President until September 2017. Thakur is the second youngest BCCI chief. In 1963, Fatehsinghrao Gaekwad became the youngest BCCI President at the age of 33.

3. On 21 May 2016 Chinese women badminton team displayed their supremacy by winning the Uber Cup title. In the final played at the Kunshan Sports Centre Gymnasium in Beijing, the host country defeated South Korea 3-1. 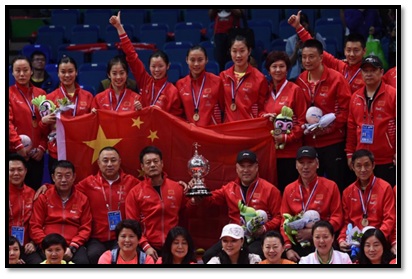 In the same tournament, India won the bronze of the Uber Cup tournament after they suffered a 0-3 defeat at the hands of defending champions China in the semifinals. Indian women team comprise of Saina Nehwal, PV Sindhu, Jwala Gutta and N Sikki Reddy. Indian team won the bronze medal of the tournament for the second consecutive time.