Government's ambitious tax plan, GST (Goods and Services Tax), will be applicable across India from midnight today. The idea behind introducing GST was to regularize the tax policies and make them uniform across the country by doing away with the practice of giving the states the authority to levy tax on commodities and services. 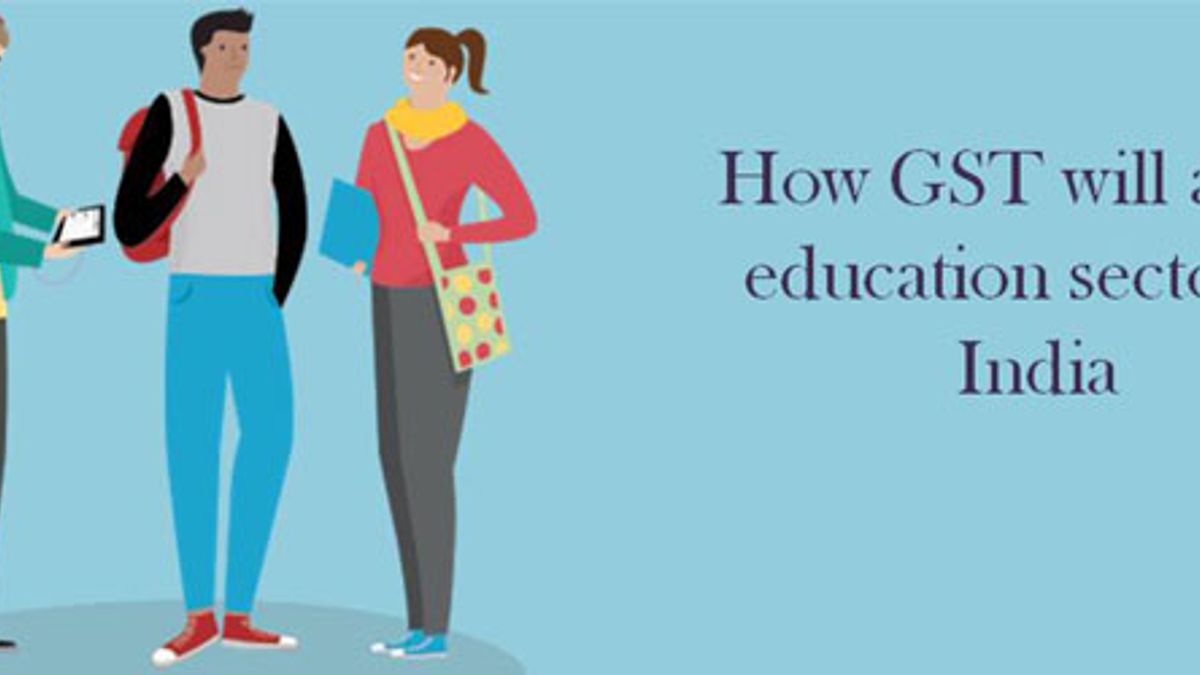 GST Impact on students and education

Government's ambitious tax plan, GST (Goods and Services Tax), will be applicable across India from midnight today. The idea behind introducing GST was to regularize the tax policies and make them uniform across the country by doing away with the practice of giving the states the authority to levy tax on commodities and services.

While each and every sector will be affected by the implementation of GST, we will discuss its impact on the education sector here.

Gadgets, clothes, grooming products and food are important part of a student's life. Here we explain why and how the price of amenities will change:

Gadgets: Mobile phones are likely to get costlier as the GST on phones manufactured in India has been increased. On the other hand, phones imported from foreign countries will become cheaper. To be exact, the cost will increase by 4-5 per cent with the government imposing a goods and services tax (GST) of 12 per cent, taking away the benefit under duty differential that was being offered to local manufacturers. The tax on laptops will be increased from 14-15 per cent to 18 per cent so all in all, electronic items will pinch students' pocket more than before.

Food: Eating outside might become difficult now as GST of 12 per cent will be levied on non-air conditioned restaurants which are most frequented by the students. Guess it's time to eat more at the hostel canteen.

Clothes: One of the most exciting things about joining college is the need to not wear a uniform. The attempt to look your glamarous best but it might become a little challenging for now as the clothes which cost Rs 1000 or more per piece, will attract a GST of 12 per cent compared to 5 per cent earlier.

Hostel facilities and stationary
Services like laundry, food in hostel mess, medicine, stationary and other services and products will now attract a GST of 18 per cent, increasing the expenses considerably. Since stamps, judicial papers, printed books and newspapers come under the 0 per cent tax bracket, items of daily use by students such as school bags, colouring books and notebooks will become cheaper.

All the services provided by the educational institutions, whether they are schools or colleges are exempted from GST. This is a correct step in direction of promoting education in the country where nearly half of the one billion plus population is below 25 years of age. Along with healthcare, this is the sector will has been put under the zero or minimum tax bracket.

However, there is a slight twist, while the schools (from pre-school up to higher secondary school or its equivalent) do not have to pay GST in any way, higher education centres are required to pay it for services they are given by the government. By this we mean, transportation, catering, housekeeping, services relating to admission or conduct of examination to higher educational institutions will bear a GST levy. This will have to be borne by the higher educational institution. The 'output' services which means providing education will continue to remain tax free.

To explain it statistically, the student who paid Rs 1 lakh in a year for a course in a top college and Rs 3,000 as tax will have to pay Rs 15,000 more in tax after July 1. The rate of taxation is expected to range somewhere around 12 per cent to 18 per cent as compared to the existing 15 per cent, the exact rate is difficult to be derived since the variety of the services offered is huge.

The actual implications of application of GST in education sector will only be revealed later when practical application happens but one can only expect the price of education to rise a bit. This is expected to impact the number of applications by foreign students in Indian universities.