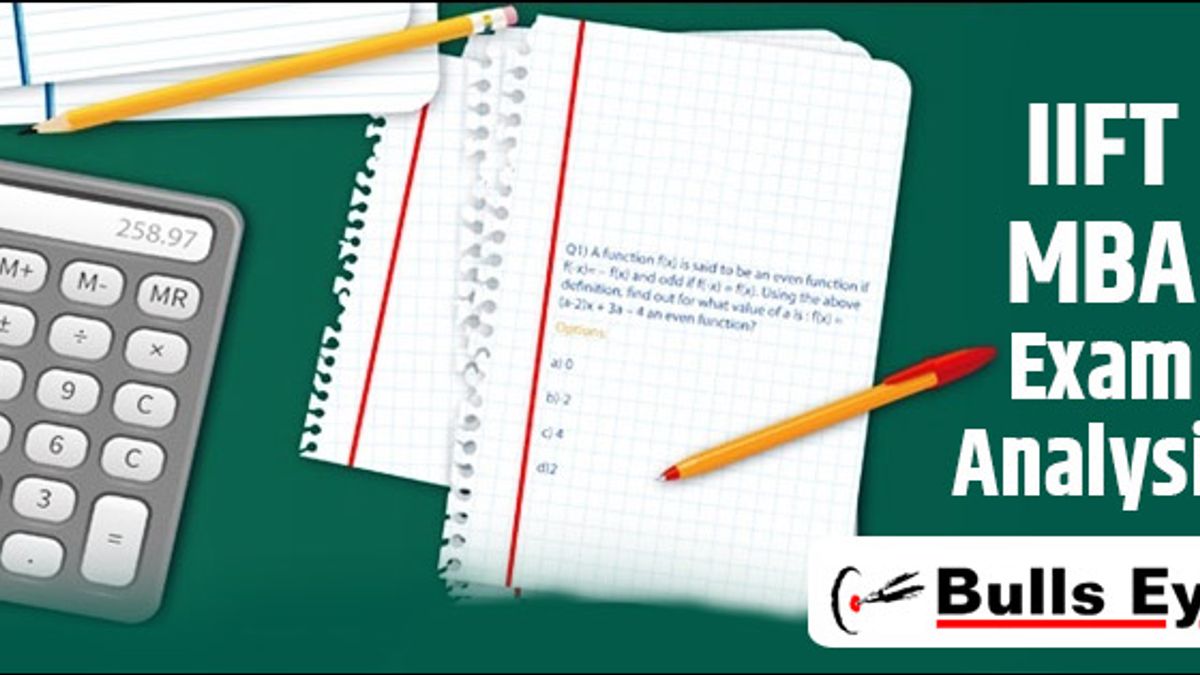 This year IIFT paper was almost similar to last year’s paper. There were 6 sections namely DI, AR & LR, GK, RC, VA and QA. The total number of questions was same as that of last year’s i.e. 114. This year the only change was in marking scheme of VA and DI which was interchanged i.e. VA from 1 to 0.75 and DI from 0.75 to 1 per question. In terms of difficulty level, students found AR very tough as compared to last year’s. To maintain the cutoff, in all 6 sections, was really a difficult task and a lot of students will end up in not clearing cutoff in one or two sections. This year also the different sets had different sequence of sections. Here in our analysis we are using Set C to present the breakup.

The break-up for the six sections was as follow:

Overview of the IIFT 2018 Paper

The expected overall score at which one can expect a call from IIFT will be around 28 – 30 marks. Remember, you need to clear the individual sectional cut-offs as well.

Evaluation: This section was moderate to difficult, there were 5 AR sets comprising of 18 questions,3 sets;  Matrix, Albert and Betty, and Sara Dora sets were difficult,  Sets based on 8 officers and Sunny, Pinki were moderate. 2 input/output questions were easy-moderate; 1 miscellaneous question based upon numbers was easy and should have been attempted.

Evaluation: There were mixtures of topics checking general awareness of the candidate across the all areas. Students found GK this year a bit tougher than last year’s.

Evaluation: The RC section was relatively lengthy but east to medium in difficulty level. There were five passages with 3 - 4 questions each. The level of RCs varied from easy to moderate overall a student could have easily solved at least three passages in given time. The RC section was dominated by factual questions.

Evaluation: The Verbal Ability portion of the exam had an extremely strong emphasis on Vocabulary and grammar based questions. In case your grammar fundamentals were strong you could have decent attempts in this section. Vocabulary was also a very dominant part of this section and the words given belong to the moderate to tough category making the attempt in this part less. Sentence Completion and Para jumbling were easy.

Evaluation: This section was dominated by Geometry mensuration and Algebra. A couple of questions were also there from time & work and logarithm and were doable. Overall this section was calculation intensive and most of the students found it moderately difficult.

*Disclaimer: All the above given information is based on personal opinion of Bulls Eye Expert faculty. Several factors have been considered before giving these cut-offs however, It has nothing to do with original cut-offs.