IIM Visakhapatnam has announced the shortlisting criteria for CAT 2017 candidates. Find out the CAT 2017 result weight and other shortlisting parameters here. 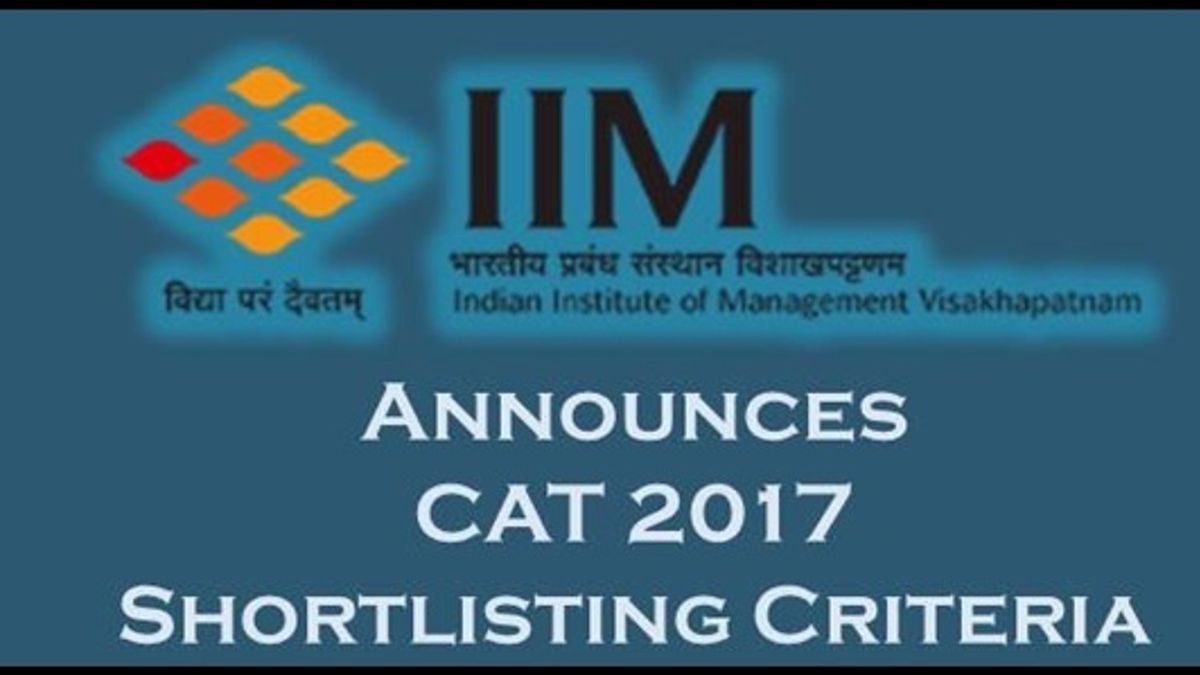 IIM Visakhapatnam out of CAP

IIM Visakhapatnam – one of the newer B-schools to join the ranks of top MBA colleges in India; has announced the shortlisting criteria CAT 2017 candidates. The recently announced shortlisting criteria would be used by the B-school to select candidates for further screening and final admissions to MBA PGP programme in 2018. As per the recent update from IIM-V, the institute would release the list of shortlisted candidates for admission 2018 in the third week of April.

Being one of the younger IIMs, IIM Visakhapatnam will be inviting reconfirmation admission applications from all the eligible CAT 2017 candidates who have selected the B-school for admission. Candidates who reconfirm their interest to join IIM Visakhapatnam in the third week of April will be considered for the final selection round which includes WAT and PI rounds.

With the announcement of separate selection criteria and CAT 2017 cut-offs, IIM Visakhapatnam has also confirmed that it will not be part of the Common Admission Process (CAP) 2018. This year, IIM Rohtak is co-ordinating the admission process to 11 new IIMs which is likely to begin by February 2018. Consequently, IIM-V will be conducting the further screening rounds i.e. PI and WAT rounds for the final selection of candidates on its own. IIM-V will not hold Group Discussion / GD round as part of the final selection process.

To be considered for the first phase selection for admission to IIM-Visakhapatnam’s MBA PGP 2018 programme, candidates would have to score above the minimum CAT 2017 Cut-off. Like all major B-schools, the institute has decided overall percentile cut-off as well sectional percentile cut-offs for first level shortlisting.  The CAT 2017 cut-off for different category of students can be found in the table below:

Candidates who make it past the CAT 2017 cut-offs for admission to IIM-Visakhapatnam will have to go through 5 point shortlisting criteria to be selected for the WAT and PI rounds. The details for the same can be found below:

As notified in the admission policy, the CAT 2017 score will only weigh 40% in the selection of candidates for further screening process. Furthermore, the CAT 2017 score has been classified into respective three sections as per the table given below:

In addition to this, professional courses such as CA / CS (Chartered Accountancy, Company Secretary and Cost Accounting) would also be eligible for consideration under academic profile of the candidate.

Female candidates will be awarded 2% weight in the selection for PI / WAT rounds.

Final Selection through WAT /PI Round

The third phase of admission screening for MBA 2018 programmes at IIM-V would be done through WAT / PI round. The final selection for admission would depend upon the following parameters.

IIM Visakhapatnam is one of the 7 newest IIMs which started operation in 2015. Currently, the B-school has announced shortlisting criteria for candidates for the third batch of PGP programme. At present, IIM-V has total intake of around 60 students; the no of seats for MBA programme is expected to be increased from the new batch.

For more news and updates related to CAT 2017 and IIM admissions, please keep visiting mba.jagranjosh.com. Please share this article among your friends and fellow MBA aspirants or CAT 2017 candidates, who might be interested in IIM Visakhapatnam shortlisting criteria.