Check important questions of CBSE Class 12 Economics (Chapter 3: Money & Banking) along with their answers. These NCERT based questions are prepared by a subject expert. These questions are from the important topics of  Chapter 3. 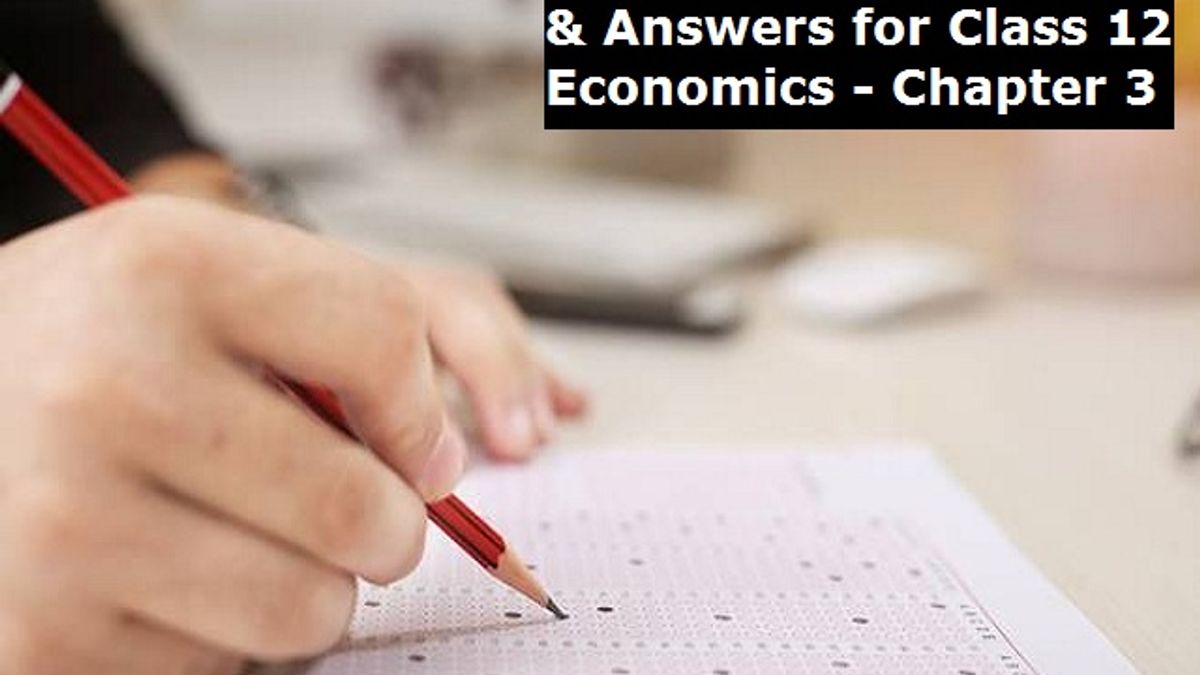 CBSE Class 12th Economic exam is scheduled for 13th March 2020. In this article we have complied a list of important questions from Chapter 3 of Part B (Macroeconomics): Money & Banking. Questions given below are important questions and are expected to be asked in Class 12 Economics board exam 2019-20.

(i) Currency held with the public

Ques 2: Elaborate any two instruments of Credit Control, as exercised by the Reserve Bank of India.

Ques 3: Define Credit Multiplier. What role does it play in determining the credit creation power of the banking system ? Use a numerical illustration to explain.

Solution: Credit multiplier measures the amount of money that the banks are able to create in the form of deposits with every initial deposit.

For Example suppose the LRR is 0.2 and initial deposit is 1000

Thus, with the same initial deposit total credit creation decreases with an increase in the value of credit multiplier.

Solution:  Money multiplier is the number by which total deposits can increase due to a given change in deposits. It is inversely related to legal reserve ratio.

Ques 5 Distinguish between ‘Qualitative and Quantitative tools’ of credit control as may be used by a Central Bank.

money supply by changing the CRR or bank rate or open market operations.

Qualitative tools include persuasion by the Central bank in order to make commercial banks discourage or encourage lending which is done through moral suasion, margin requirement, etc.

Ques 6 State the role played by the central bank as the ‘‘lender of last resort’’.

Solution: In case of a financial emergency faced by a bank, central bank is the only institution that can come to the rescue of the concerned bank.

Ques 7 Explain the following functions of the Central Bank :

Authority of currency issue:- The central bank is the sole authority for the issue of currency in the country. It promotes efficiency in the financial system. It leads to

uniformity in the issue of currency, and gives central bank control over the money supply.

Ques 9 What are ‘non-monetary exchanges’ ? Discuss with suitable example.

Solution: Non-monetary exchanges refer to the goods and services produced but not exchanged for any monetary value. This generally results in undervaluation of GDP of an economy. For example: value of household chores (cooking, washing, cleaning etc.) by a millions of homemakers is not included in the national income.

Ques 10 In order to encourage investment in the economy, the Central Bank may ___________. (Choose the correct alternative)