Practice the question on Columns charts in order to get a good percentile in your targeted management exam.

Number of candidates appeared over the year

Number of selected candidates over the year

1. During which of the following year the difference between the numbers of candidates appeared and selected was maximum?

4. In which year, the percentage change (compared to the previous year) in the selected candidates is same as that of appeared candidates?

Directions (6-10): The below Bar graph shows the enrolment of students in (in thousands ) three different colleges A, B, C in a town over a period of six years.

7. For which college was the average annual enrolment is maximum in the given period?

d) All have equal enrollment.

9. What was the approximate decline in enrollment in college A in 2013 as compared to the previous year?

In this section we will explain the rationale for choosing the answer pertaining to every question. After practicing these MCQ(s), you would be able to understand the concepts of Tables. 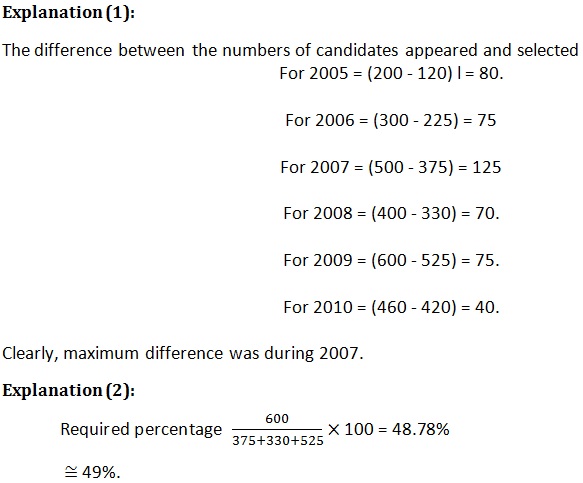 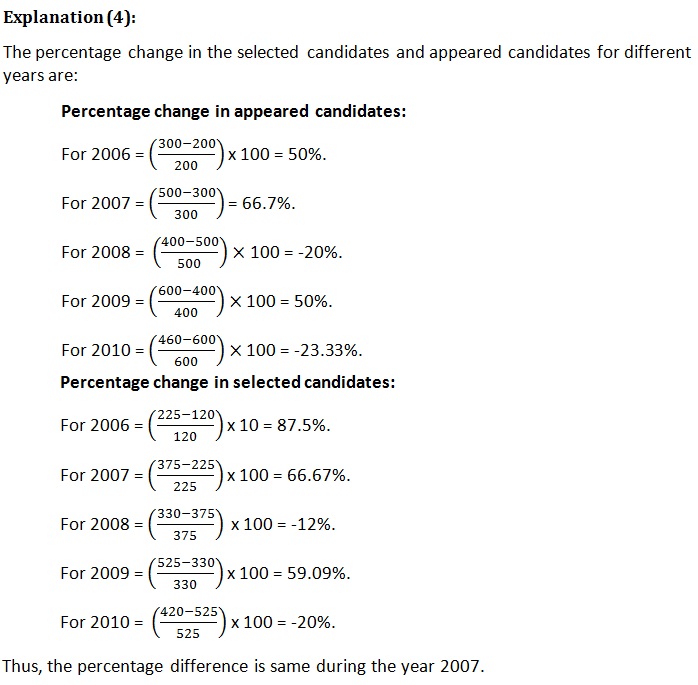 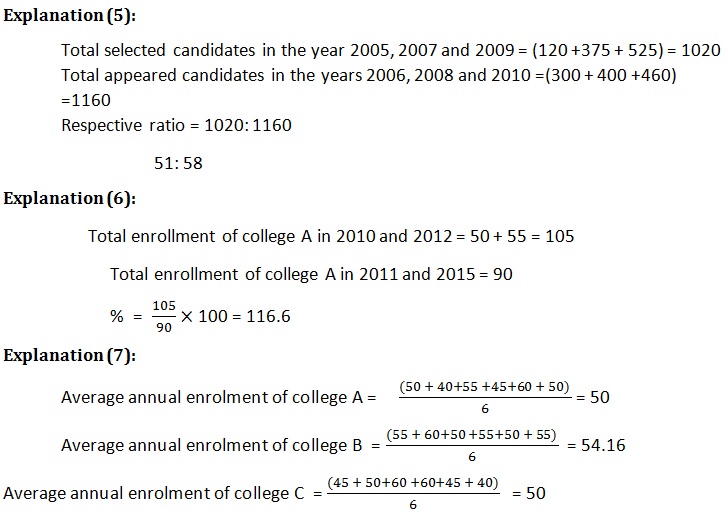 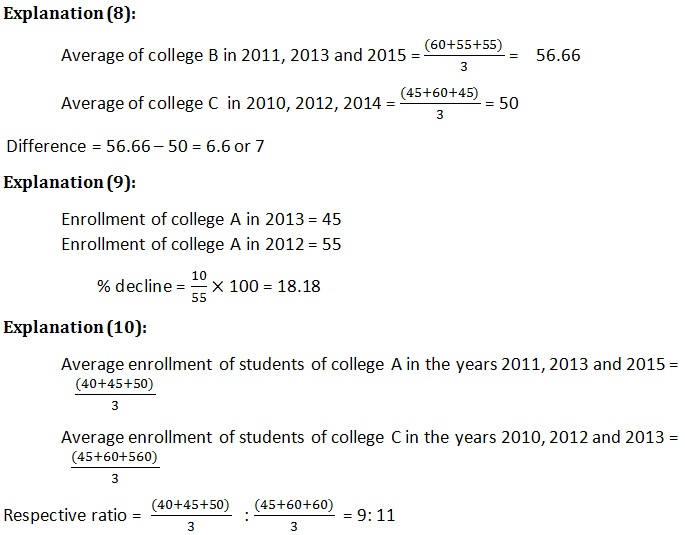