Study in detail the basic concepts of Quadratic and other equations at jagranjosh.com to achieve brilliant scores in the Algebra chapter of Quantitative Aptitude Section. These concepts will prepare you for the CAT, CMAT, MAT, XAT, IIFT, SNAP etc exams.

Quadratic equations and other equations is another important topic which is often given in the entrances to test the aptitude of the aspirants. Students find this chapter tricky to handle and hence we have come up with another set of formulas to teach you the basic concepts of this topic.

Understand the basic concepts of this chapter carefully and gain good grades in your targeted entrance. We assure you that these concepts would untangle all the doubts hovering in your mind.

where x and y are variables.

Equations with a single unknown variable:

If the equation has only one unknown variable (x), as shown below,

The value of x in the above equation could be,

If there are two first degree equations with two unknown variables, then the equation can be solved for the two variables as given below:

If the equations are of the form,

A linear equation or simply an equation is a condition of equilibrium with an ‘equal to’ (=) sign in between two sides that contain variables. The equation may contain one or more unknown variables.

Where A, B and C are real numbers.

A quadratic equation when plotted in a graph will give you a parabola as shown below as opposed to a linear equation that gives you a linear line. 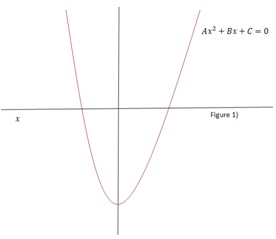 The parabola can be opened up or down depending upon the equation. 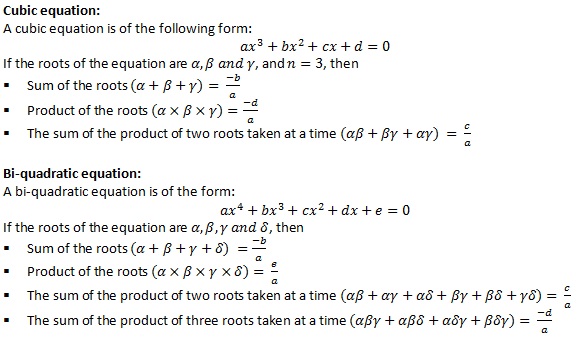 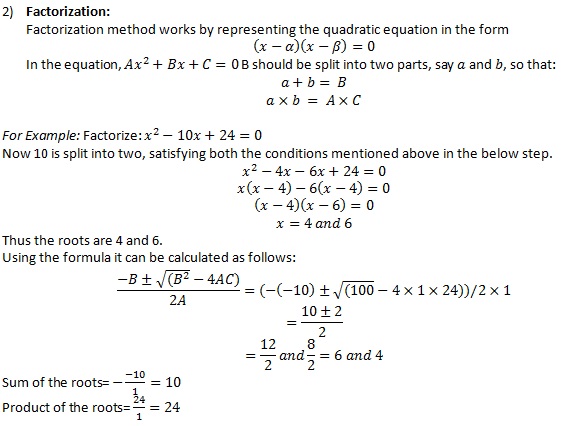 Discriminate is used to understand the nature of the roots. Discriminate of a quadratic equation is given by: 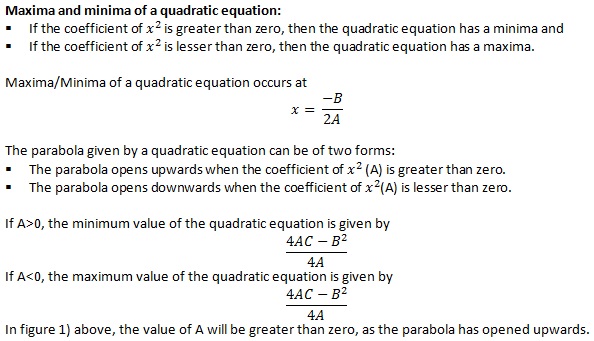 We hope that these concepts along with their related exercise will aid you in your preparation of Quadratic and other Equations topic.

You can also post your comments if some of your doubts from this topic still remain unsolved.