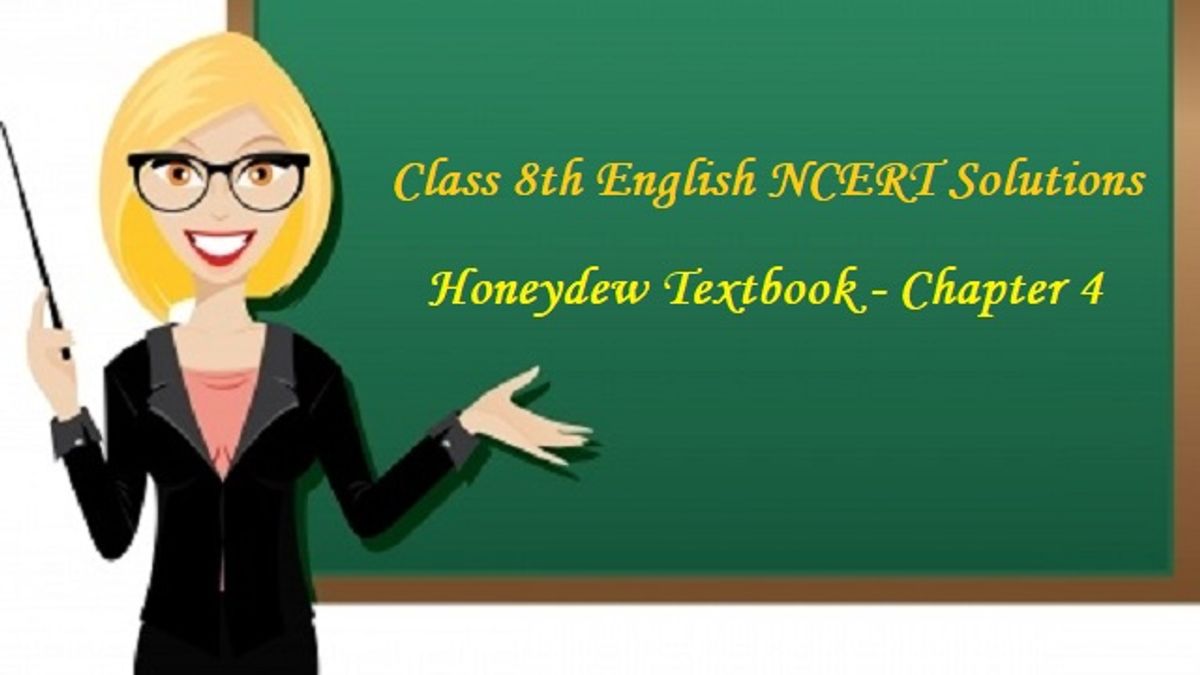 Check Class 8 NCERT Solutions for English Subject. In this article, we have provided NCERT Solutions for Chapter 4 from the English Honeydew Textbook. Chapter 4 is a story of Bepin Babu who has a habit of forgetting events. The NCERT solutions of this chapter have been provided after a detailed analysis of the latest syllabus issued by CBSE. Students of Class 8th can study the answers provided here to score well in their school exams.

Ques: The author describes Bepin Babu as a serious and hardworking man. What evi­dence can you find in the story to support this?

Answer: Bepin Babu was a poor, honest fellow and a hard worker. He went to the daily workplace. He 'd done a responsible job. He wasn't such a good mixer. He was not waste time in idle chat, being serious-minded.

Ques: Why did Bepin Babu change his mind about meeting Chunilal? What was the result of this meeting?

Answer: Bepin Babu refused the first meeting with Chunilal. He was in no mood to help Chunilal get out of his distress. But, eventually, he changed his mind. He thought about something Chunilal would recall about his 1958 trip to Ranchi.

Ques: Bepin Babu lost consciousness at Hundroo Falls. What do you think was the reason for this?

Answer: Bepin Babu might have slipped near Hundroo Falls that made him unconscious.

Ques: How do you think Bepin Babu reacted when he found out that Chunilal had tricked him?

Answer: The first reaction from Bepin Babu was that he regretted refusing to help Chunilal. He saw for testing him through Chunilal 's trick and learned a lesson.