All the current affairs questions asked in the NDA & NA (II) 2017 Exam, along with answers and explanation are given here. They will help the aspirants in understanding the standard of questions as well as the distribution of questions from different areas like sports, international, economy, etc. 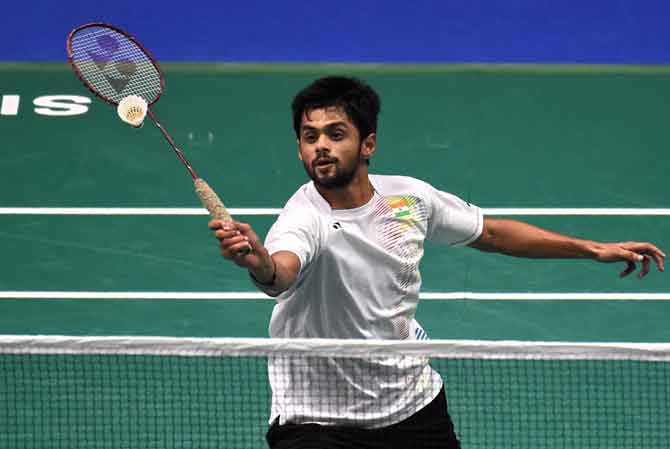 For the benefit of aspirants, we are providing all the current affairs questions that appeared in the NDA & NA (II) 2017 Exam and answers along with detailed explanation. They are as follows.

1. Who among the following is the winner of the Singapore Open Superseries Badminton Men's Singles title 2017?

B Sai Praneeth on 16 April 2017 defeated Kidambi Srikanth 17-21, 21-17, 21-12 to clinch his maiden Super Series title in the Singapore Open final. It was Praneeth's first appearance in a Super Series final, the biggest events of the international badminton calendar. Before Praneeth, Saina Nehwal, P.V. Sindhu and Srikanth have won the coveted crown.

2. Which one of the following is the theme of the International Day for Monuments and Sites (World Heritage Day) 2017?

(a) The Heritage of Sport

(b) Cultural Heritage and Sustainable Tourism

(c) Past and Present Heritage

3. In April 2017, USA dropped MOAB (Massive Ordnance Air Blast popularly known as the Mother of All Bombs) in the suspected hideouts of militants in which one of the following countries?

The United States on 13 April 2017 dropped its largest non-nuclear bomb ever deployed in combat on an Islamic State tunnel complex in eastern Afghanistan. The bomb was dropped at around 7 PM local time in Afghanistan.

The bomb was dropped by an MC-130 aircraft, operated by the Air Force Special Operations Command.

4. Who among the following is the Chairman of the Interdisciplinary Committee constituted recently by the Government of India to examine framework for virtual currencies?

(a) Secretary, Department of Financial Services

(b) Special Secretary, Department of Revenue

In April 2017, The Union government has constituted a time-bound inter-disciplinary committee to come up with an action plan for dealing with virtual currencies so as to fix the regulatory gaps in the existing framework governing virtual currencies. The committee was mandated to submit its report within three months.

5. SAMPADA scheme is being implemented by the Ministry of

(b) Housing and Urban Affairs

The Cabinet Committee on Economic Affairs (CCEA), chaired by the Prime Minister Narendra Modi, on 3 May 2017 approval the re-structuring the schemes of Union Ministry of Food Processing Industries (MoFPI) under Central Sector Scheme SAMPADA.

SAMPADA stands for 'Scheme for Agro-Marine Processing and Development of Agro-Processing Clusters'. The objective of SAMPADA is to supplement agriculture, modernize processing and decrease agri-waste. The scheme was approved for the period 2016- 2020.

(a) Satyagraha in Kheda

The Prime Minister Shri Narendra Modi on 10 April 2017 inaugurated an exhibition titled “Swachhagraha – Bapu Ko Karyanjali – Ek Abhiyan, Ek Pradarshani” in the national capital to mark the 100 years of Mahatma Gandhi’s first experiment of Satyagraha in Champaran. He also launched an ‘Online Interactive Quiz’ at the event which is being organized by the National Archives of India.

7. According to the Travel and Tourism Competitiveness Index (TTCI) 2017 released by the World Economic Forum, among the 136 economies across the world, India ranked

The Travel and Tourism Competitiveness Index (TTCI) 2017 was released on 5 April 2017 by the World Economic Forum (WEF). India was ranked 40th among the 136 economies across the world in the Index. The position of India has improved over 52nd rank in 2015 and 65th in 2013.

World Health Day is being observed on 7 April 2017 with theme 'Depression: Let's Talk. On this occasion, the World Health Organization (WHO) is leading a one-year global campaign on depression which is the leading cause of ill-health and disability worldwide.

The goal of the campaign is that more people with depression, everywhere in the world, both seek and get help. Depression is the leading cause of ill-health and disability worldwide.

9. Which one of the following Ministries has launched a new programme on Interdisciplinary Cyber Physical Systems (ICPS) to foster and promote R&D?

(a) Ministry of Earth Sciences

(b) Ministry of Science and Technology

(c) Ministry of Information and Broadcasting

Ans. (b) Ministry of Science and Technology

The Department of Science and Technology (DST) of the Union Ministry of Science and Technology launched a new programme “Interdisciplinary Cyber Physical Systems (ICPS)” to foster and promote R&D. A Cyber Physical System (CPS) is a mechanism controlled or monitored by computer-based algorithms, tightly integrated with internet and its users. It is an engineered system that are build from and depend upon, the seamless integration of computational algorithms and physical components.

10. Which one of the following was set as a target of average growth of GDP of India over the plan period 2012 — 2017 by the Approach Paper to the Twelfth Five Year Plan?

In the Approach Paper, the erstwhile Planning Commission has set 9 percent as the target of average growth of GDP over the period 2012-17 to the Twelfth Five Year Plan. However, subsequently, the target was reduced to 8 percent by the NDC in December 2012.