Institute of Banking Personnel Selection (IBPS) has announced the new exam date for IBPS PO 2016 Exam. The IBPS PO MT 2016 Exam 2016 is scheduled to be conducted on 27 October 2016. 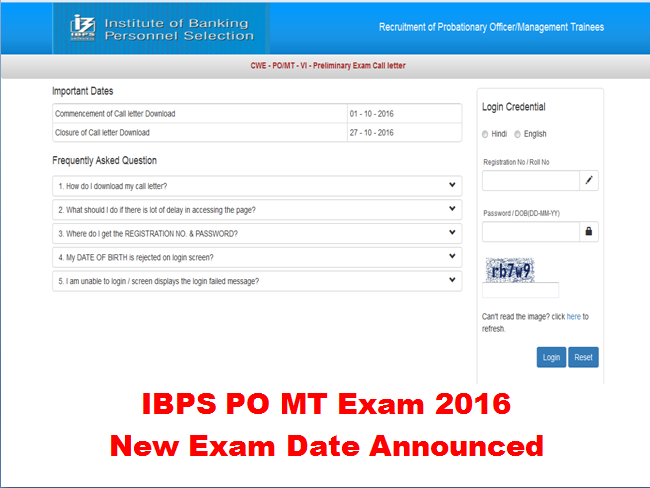 The admit card for IBPS PO MT 2016 Prelims Exam is available on official website i.e., ibps.in. Candidates who have applied for the examination can download the admit card by filling in the relevant details like registration number/ roll number and date of birth.