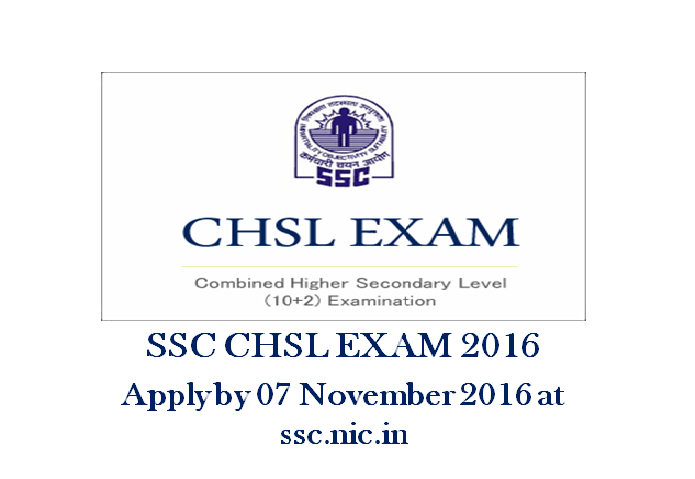 Every year lakhs of candidates appear in SSC CHSL Examination, this year also huge lot of candidates is expected in the examination. All those candidates who are 12th Standard pass from a recognized board or university and are in the age group of 18-27 years are eligible to apply for SSC CHSL Exam 2016.

The SSC CHSL Exam is scheduled to be conducted by the commission in the coming year of 2017. The Examination is set in three patterns i.e., TIER I, TIER II and TIER III. TIER I Exam is Computer Based Objective Type of 200 marks whereas, TIER II exam consists of Descriptive Paper of 100 marks, Candidates who qualify TIER I and TIER II Exam are followed by TIER III Exam which has Skill Test/ Typing Test.

All those candidates who will qualify the set pattern of SSC CHSL Exam 2016, will be declared successful for recruitment in the commission. Hence, all the SSC aspirants who are willing and are eligible to apply for the SSC CHSL Exam 2016 can apply through the prescribed format along with required documents on or before 07 November 2016 at ssc.nic.in.