In this article find 5 questions (#56 to #60) from WBJEE 2014 Solved Mathematics Question Paper. This solved paper will help students in their final level of preparation for WBJEE Exam.

Find WBJEE 2014 Solved Mathematics Question Paper – Part 12 in this article. This paper consists of 5 questions (#56 to #60) from WBJEE 2014 Mathematics paper. Detailed solution of these questions has been provided so that students can match their solutions.

WBJEE is a common entrance examinations held at state level for admission to the undergraduate level engineering and medical courses in the state of West Bengal. The Mathematics section of WBJEE 2014 engineering entrance exam consists of 80 questions.

56. If a, b and c are positive numbers in a G.P., then the roots of the quadratic equation

We have the quadratic equation,

Since, 1 satisfies the equation

Therefore 1 is one root and other root say β

(B) f satisfies the conditions of Lagrange’s Mean Value Theorem on [–1, 1]

So, f does not satisfies the conditions of Rolle’s theorem on [0, 1].

It satisfies the condition of Lagrange’s Mean Value Theorem on [0, 1].

58. Let z1 be a fixed point on the circle of radius 1 centered at the origin in the Argand plane and

z1 ≠ ± 1. Consider an equilateral triangle inscribed in the circle with z1, z2, z3 as the vertices taken in the counter clockwise direction. Then z1z2z3 is equal to

By using first principle of derivative 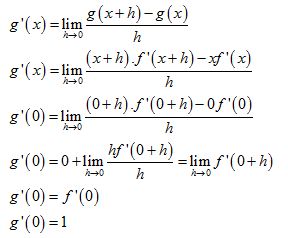 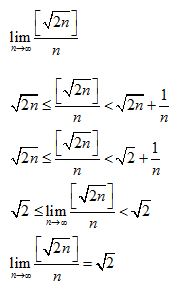