This previous years’ question paper consists of 10 questions from Chemistry section of WBJEE engineering entrance examination. Detailed solution of each question has been provided so that students do not lose their precious time in searching solutions of these questions.

61. If radium and chlorine combine to form radium chloride, the compound would be

(A) half as radioactive as radium

(B) twice as radioactive

(C) as radioactive as radium

Since radioactivity is independent of chemical environment of an ion or atom so, the compound formed on combination will be radioactive as radium

62. Which of the following arrangements is correct in respect to solubility in water?

In a group the solubility in water decreases down the group due to increase in ionic size.

So, the correct order of solubility in water is: 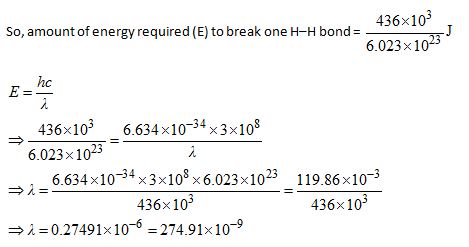 65. The number of σ and π bonds between two carbon atoms in calcium carbide are

66. An element E loses one α and two β particles in three successive stages. The resulting element will be

The resulting element will be an isotope of E.

67. An element X belongs to fourth period and fifteenth group of the periodic table. Which of the following statements is true?

(A) It has a completely filled s-orbital and a partially filled d-orbital.

(B) It has completely filled s-and p-orbitals and a partially filled d-orbital.

(C) It has completely filled s-and p-orbitals and a half filled d-orbital.

(D) It has a half filled p-orbital, and completely filled  s- and d-orbitals.

The element that belong to fourth period and fifteenth group of the periodic table is Arsenic.

The electronic configuration of Arsenic is:

So, the correct option is D

68. Which of the following plots represent an exothermic reaction ?

69. If P0 and P are the vapour pressure of the pure solvent and solution and n1 and n2 are the moles of solute and solvent respectively in the solution then the correct relation between P and P0 is

According to Roult’s law we have: 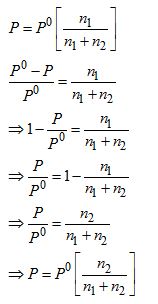 70. Ionic solids with Schottky defect may contain in their structure

(A) cation vacancies only

(B) cation vacancies and interstitial cations