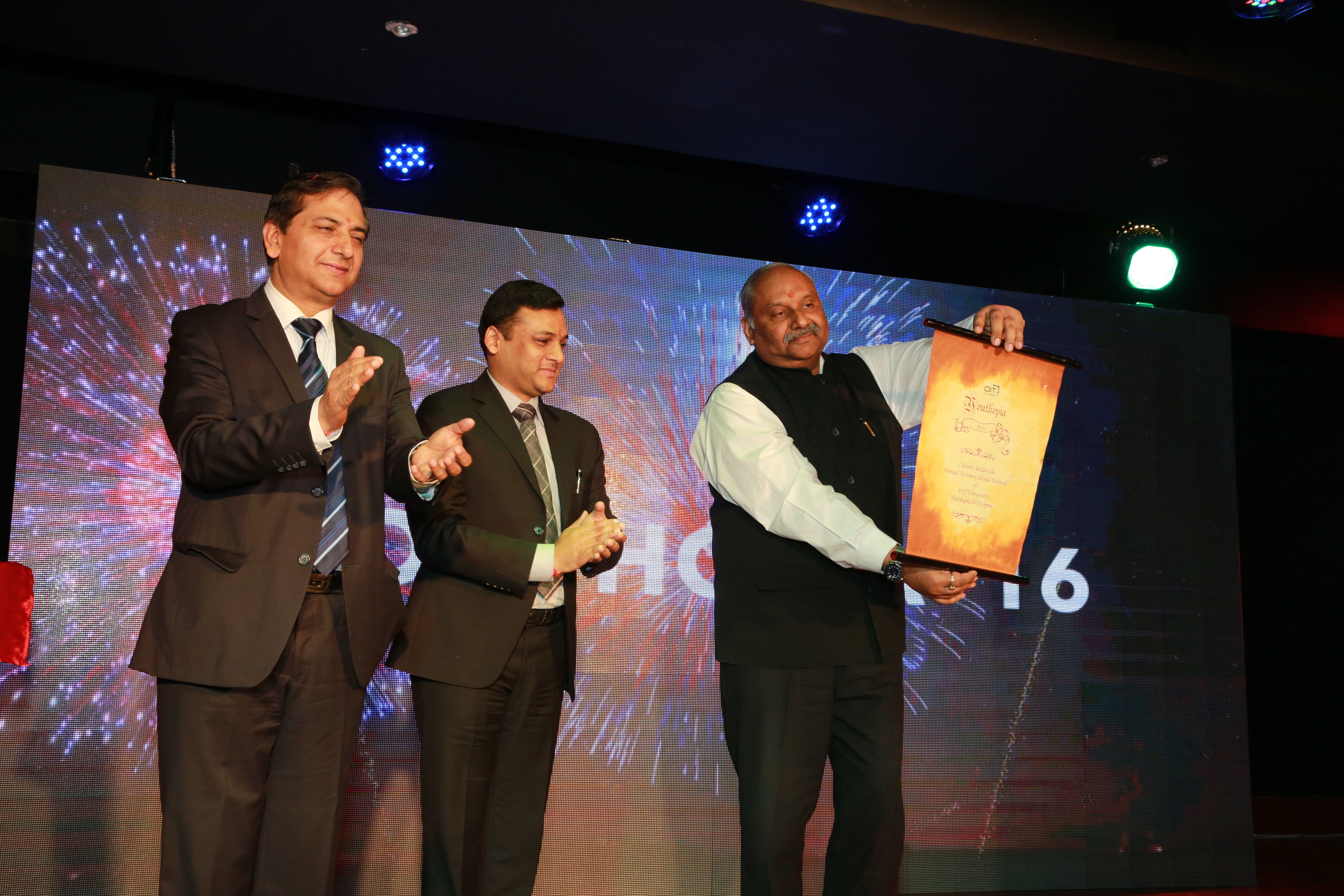 Prof. Raina, Vice-Chancellor spoke of the founding days of the university and also welcomed; The Guest of Honor. He congratulated the students for organizing Youthopia as an inter-university festival 2016.

Various projects done by the students were exhibited at the University and Shri. S  Ramaswamy spoke to the students taking keen interest in each of the projects and entrepreneurial innovations. The students, keeping in mind the geography of Uttarakhand developed a concept “All Terrain Vehicle”, for easy movement uphills. DIT Motoracing displayed their “Formula Type Car” which is already an acclaimed award winner at the Buddha International Circuit, Greater Noida. Mohneesh Bharadwaj, student of DIT University and founder of “Kabaada.com” also showcased newer concepts for innovative techniques towards his venture.

Shri. S Ramaswamy, Chief Guest; addressed the gathering next. He spoke about the need to preserve and hold on to our culture, stating that culture is the essence of humanity. The program concluded with vote of thanks by Director Academics Administrator Prof. Shishir Kumar.

Disclaimer: The information provided in this Notification is solely by DIT University., Jagranjosh.com bears no representations or warranties of any kind, express or implied, about the completeness, accuracy, reliability, suitability or availability with respect to the information. Individuals are therefore suggested to check the authenticity of the information.