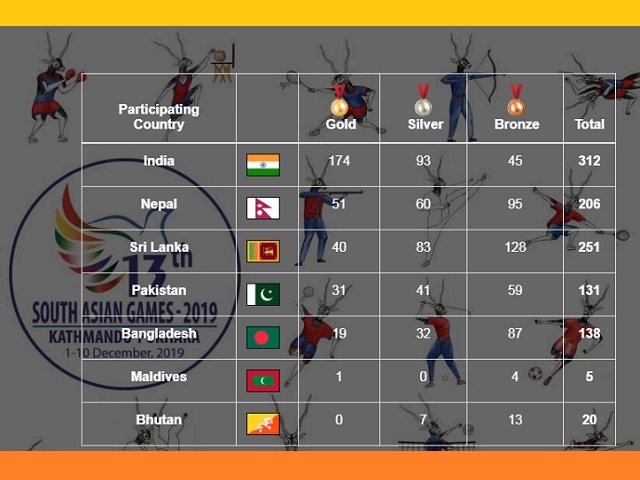 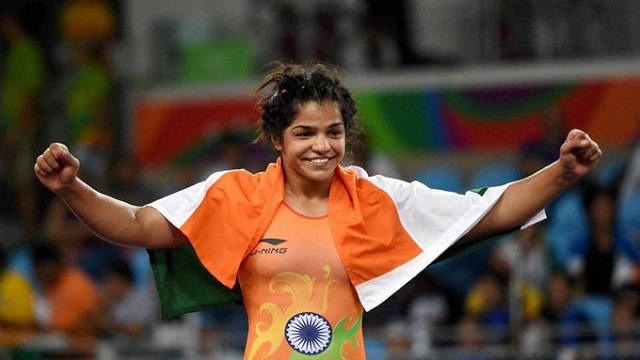 Indian shuttlers also displayed a terrific performance at the games by bagging 8 medals in individual events including four gold medals, two silver and two bronze medals. India won gold in men’s and women’s singles badminton event and in the men’s doubles and mixed doubles event. India also won two gold medals in the men’s and women’s team events to finish at the top in the badminton medal standings.

In Table Tennis, India made a clean sweep with seven gold and five silver medals, winning the maximum medals on offer in the game. India claimed gold in both men’s and women’s singles event.  The Indian men's and women's Basketball team also won gold in their respective events.

The 13th edition of the South Asian Games 2019, held from December 1-10, 2019, was hosted by three different cities of Nepal- Kathmandu, Pokhara and Janakpur.

The South Asian Games 2019 official mascot was a pair of blackbucks. Blackbucks are an endangered species, found mostly in the southern region of Nepal.

The 13th South Asian Games witnessed participation from seven South Asians including India, Nepal, Sri Lanka, Bhutan, Bangladesh, Pakistan and Maldives. Overall, a total of 2,715 athletes competed in the event, which includes a total of 27 sports. Cricket returned to the games after a gap of eight years.

The South Asian Games is a biennial multi-sporting event of South Asia. It is governed by the South Asia Olympic Council (SAOC), which was formed in 1983.

The first-ever South Asian Games was hosted by Nepal in 1984. The games were held annually between 1984 and 1987 except in 1986 when the Asian Games and Commonwealth Games were held. Since 1987, the Games have been held once in every two years except for some cases.