For the first time, bids were received from helicopter operators under the phase 2 of the scheme. Under the first round of UDAN, which concluded in March 2017, a total of 128 routes were awarded to five airline operators. 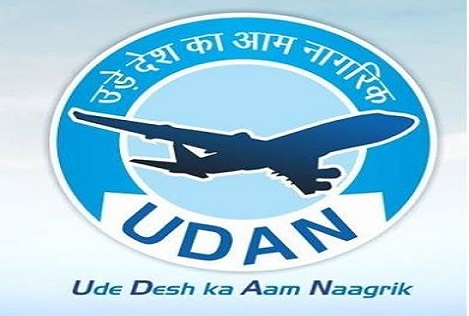 The Union Government on 24 January 2018 announced that 73 underserved and unserved airports and helipads will be connected under the phase 2 of the Ude Desh Ka Aam Nagrik (UDAN) Scheme, a Regional Connectivity Scheme (RCS).

A total of 90 proposals were awarded to provide flight connectivity to more than 300 regional routes. Interglobe Aviation, the parent firm of IndiGo, was awarded a maximum of 20 proposals followed by SpiceJet which won 17 and Jet Airways won 4 proposals.

For the first time, bids were received from helicopter operators under the phase 2 of the scheme. Under the first round of UDAN, which concluded in March 2017, a total of 128 routes were awarded to five airline operators.

Highlights of the UDAN 2 Scheme

• The scheme will provide around 26.5 lakh seats per annum that will be covered with airfare cap of Rs 2500 per hour of flying.

• In addition, around two lakh regional connectivity scheme seats per annum will be provided through helicopter operations.

• Some of the cities that would now be connected include Kargil, Darbhanga, Kasauli, Bokaro, Dumka, Hubli, Kannur and Pakyong, among others.

• The total funding need for the scheme in phase 2 will come out to be Rs 617 crore. In the first phase, this amount stood at Rs 213 crore per annum.

• Moreover, UDAN 2 will be funded through the dividend that Airports Authority of India (AAI) pays to the Union Government every year. This year, government has received Rs 200 crore from AAI as dividend share.