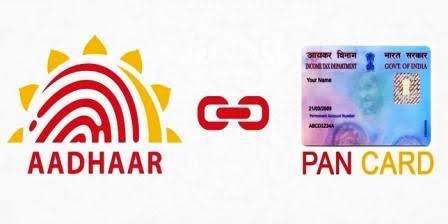 Aadhaar-Pan linking: The deadline to link PAN card with Aadhaar has been extended till March 2020. The Income Tax Department had earlier announced December 31 as the final deadline.

The Central Board of Direct Taxes (CBDT) has extended the deadline to link the Permanent Account Number (PAN) with Aadhaar for the eighth time. The Tax department had earlier on December 16, 2019 announced that the linking process must be completed before December 31, 2019 to reap seamless benefits of income tax services.

The earlier deadline to link the PAN card with the Aadhaar card was September 30, 2019. The deadline, however, was extended till December 31, 2019 by the Central Board of Direct Taxes (CBDT) through order in September 2019.

• Those who are unsure whether they have linked their Aadhaar and PAN card yet, they can confirm the same by visiting the Link Aadhaar status page on the IT website.

• To check the same, all that is needed is the PAN and Aadhaar number. In case Aadhaar and Pan card are not linked, it can be done so through the page.

• The Income Tax Department will validate name, date of birth and gender as per PAN against Aadhaar details.

• The Aadhaar number and name provided to link the two cards should be exactly same as given on the Aadhaar card.

• The online linking should be performed through a secured Internet connection.

How to link pan card with aadhaar card online?

4. Fill the captcha code and then click on 'Link Aadhaar'.

How to link pan and aadhaar through SMS?

The Supreme Court had upheld the constitutional validity of the centre’s Aadhaar scheme in its judgement on September 26, 2018.

The court had upheld the mandatory linking of Aadhaar and pan card but struck down the provision making Aadhaar mandatory for phone and bank accounts.

The court had also held that the biometric identification would be mandatory for IT-return filing and allotment of PAN.

Aadhaar is a 12-digit unique identification number, which is issued by the Unique Identification Authority of India (UIDAI) to every Indian resident.

PAN is a 10-digit personal account number, allotted to people by the IT Department.