As per a study published in the scientific journal Nature, the Amazon Rainforest is emitting more carbon dioxide (CO2) than it absorbs in some areas. Read the link between Amazon Rainforest and Climate Change. 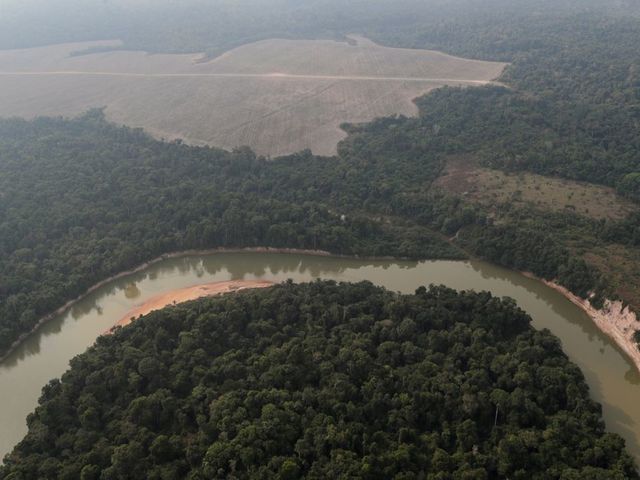 As per a study published on July 14, 2021, in the scientific journal Nature, the Amazon Rainforest is emitting more carbon dioxide (CO2) than it absorbs in some areas.

The study stated that the role of the Amazon Rainforest as a carbon sink to absorb more CO2 in the atmosphere seems to be declining. This could disturb the ecosystem and the world’s first against climate change.

How was the study conducted?

•Researchers led by Brazil's National Institute for Space Research collected data on the amount of carbon dioxide in the atmosphere.

•They conducted the study by making 600 flights over four areas of the Amazon Forest.

What are the key findings of the study?

•As per the study, four areas of the Amazon Rainforest were found to be emitting 410 million metric tons of carbon dioxide every year.

•Fires, mostly triggered by human activities, were the most common cause of the emissions.

•The Amazon Rainforest represents over half of the Earth’s remaining rainforests. The largest and most biodiverse tropical rainforest in the world houses approximately 390 billion individual trees divided into 16,000 species.

•The rainforests play a crucial role in regulating the local and regional climate. The Amazon Rainforest is a matter of concern relating to climate change.

•The deforestation of rainforests not only increases the level of carbon dioxide in the atmosphere, but it also causes a rise in temperatures known as a ‘positive feedback loop’ which in turn increases risks of forest fires and drying of tropical rain forests.