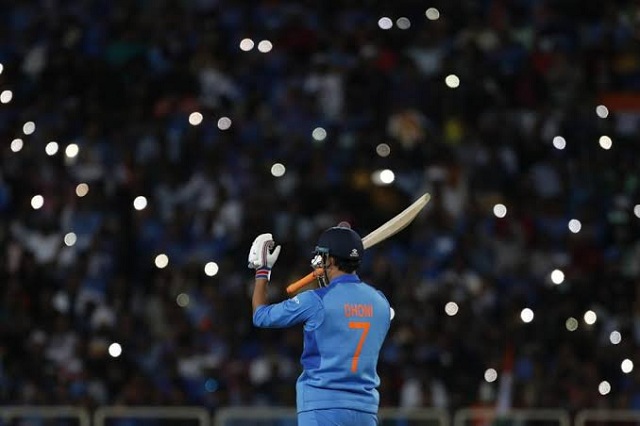 BCCI central contract: Former Indian skipper MS Dhoni has been left out of the BCCI central contract list for the year 2020. Dinesh Karthik is also missing from the list, while several newbie’s like Washington Sundar and Mayank Agarwal have been included.

The BCCI announced the new annual player contracts for the period from October 2019- September 2020 on January 16, 2020. Indian skipper Virat Kohli, Rohit Sharma and Jasprit Bumrah were retained in the highest A+ bracket contract, which fetches a player Rs 7 crore each.

MS Dhoni, who till last year was in the A category of Rs 5 crore, was completely left out from the annual contract this time. 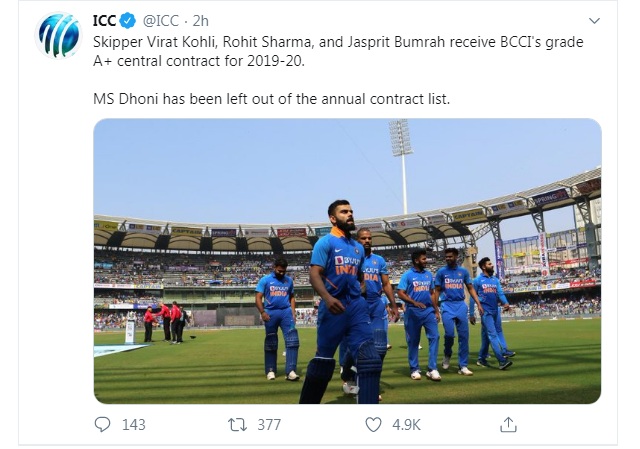 • While Virat Kohli, Rohit Sharma and Jasprit Bumrah retained their places in the highest A+ bracket, K L Rahul was promoted to A bracket from earlier B.

• MS Dhoni was noticeably dropped from the BCCI's list of centrally contracted players, raising fresh doubts on his future in the national cricket team.

• Another key veteran Indian cricketer Dinesh Karthik was also left out from the annual contract.

• Besides him, Dinesh Karthik, Khaleel Ahmed and Ambati Rayudu were also dropped from the central contract list.

• Among the new entrants, Navdeep Saini and Washington Sundar have been included in the Grade C bracket along with Shreyas Iyer, Deepak Chahar and Shardul Thakur.

• Test opener Mayank Agarwal, who has been performing well since his debut during India vs Australia series of 2018-2019 has also been included in the Grade B list alongside Hardik Pandya and Yuzvendra Chahal.

There were reports of Dhoni’s retirement following the world cup, however, the player made no such indication and refused to reveal his future plans. Fans had expected Dhoni to join Team India from this year.

However, the current decision by the BCCI indicates otherwise. Dhoni was earlier in the A bracket, which fetches a player Rs 5 crore.

MS Dhoni had led India to two big wins previously- T20 World Cup in 2007 and the 2011 ICC Cricket World Cup. His form has however come under much scrutiny since the past year, as he has been unable to hit big shots. Overall, Dhoni has played 90 Tests, 350 ODIs and 98 T20 Internationals for India and is one of the highest run-scorers in ODIs with 10,773 runs.