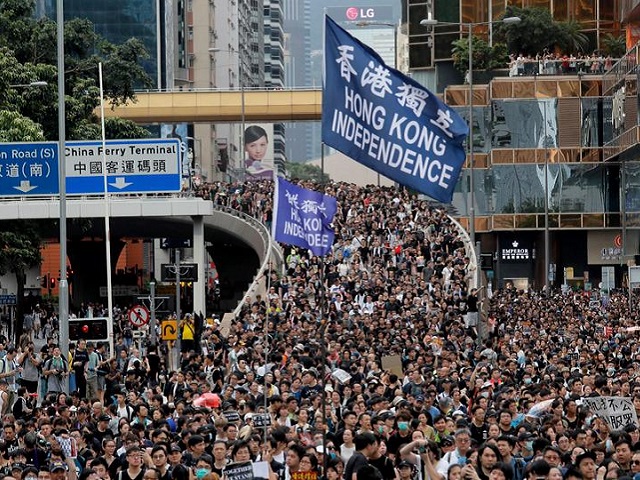 The Chinese Parliament on June 30, 2020 passed the controversial national security law for Hong Kong. The law will carry a maximum penalty of life in jail. It is expected to come into effect from July 1, 2020, on the occasion of the 23rd anniversary of Hong Kong’s handover to China by the British.

The controversial security law was passed after it received unanimous approval from China’s top lawmaking body, the 162-member National People's Congress Standing Committee. As per reports, only few Hong Kong delegates to the national legislature have seen the draft of the law before its passage.

The move comes amid extensive criticism of the law from the international community and massive protests from the people of the semi-autonomous city of Hong Kong.

• The new law will criminalize offenses such as secession, subversion against the central Chinese government, terrorism and colluding with foreign forces.

• The draft of the legislation was not made public ahead of its passage, which means that a majority of people in Hong Kong have not seen details of the law that will now govern them.

• Under the law, the maximum sentencing for crimes will be lifetime imprisonment, much higher than the earlier proposed 10 years of imprisonment.

After China passed the controversial law, the United States announced termination of the US-origin defense equipment exports to Hong Kong.

US Secretary of State Mike Pompeo tweeted saying that the US is ending exports of US State Department controlled US origin defense equipment and sensitive dual-use technologies to Hong Kong. Pompeo stated that if China treats Hong Kong as "One Country, One System," so must we.

Today, the United States is ending exports of @StateDeptPM controlled U.S. origin defense equipment and sensitive @CommerceGov controlled dual-use technologies to Hong Kong. If Beijing now treats Hong Kong as “One Country, One System,” so must we.

Pompeo said that the decision was taken to protect US national security as they can no lonnger distinguish between the export of controlled items to Hong Kong or to mainland China. He stated that they cannot risk these items falling into the hands of the People's Liberation Army.

Hong Kong has been witnessing massive anti-government protests since June 2019 in opposition against China’s increasing efforts to implement the new national security law to increase its influence on the special administrative region.  Both China and Hong Kong’s leadership have maintained that the new law will not affect legitimate rights of Hong Kong’s residents. China has reportedly vowed to respect the "one country, two systems" principle.

Several countries including the US, UK and Australia have opposed the new law. The European Parliament had on June 23 voted to bring China before the International Court of Justice over its decision to adopt a new national security law for semi-autonomous Hong Kong. The foreign ministers of the Group of Seven (G7) countries had also issued a joint statement on June 18 strongly urging China to reconsider its decision to impose national security legislation on Hong Kong.