The Tianwen-1 probe sent back a black and white photo, which shows geological features of Mars including the Schiaparelli crater and the Valles Marineris, a vast stretch of canyons on the Martian surface. 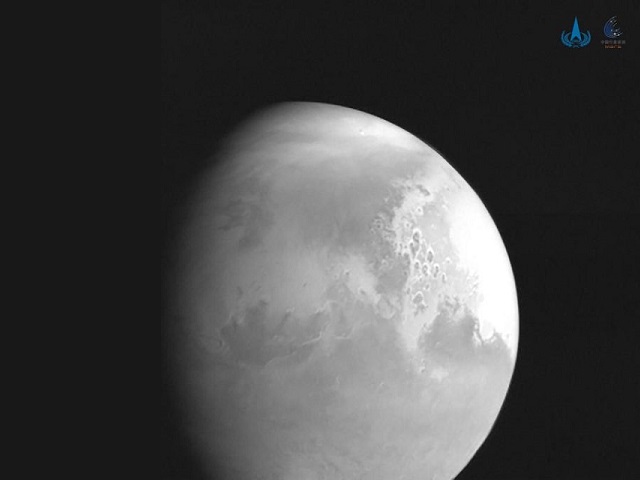 China's Tianwen-1 space probe has sent back its first image of Mars. The image was released by the China National Space Administration (CNSA) on February 5, 2021.

The development comes just as the Mars probe prepares to touch down on the Red Planet later this year. The spacecraft was launched in July 2020, the same time as the US Mars mission, and is expected to enter Mars orbit around February 10.

•The Mars probe sent back a black and white photo, which shows geological features of Mars including the Schiaparelli crater and the Valles Marineris, a vast stretch of canyons on the Martian surface.

•The photo was taken about 2.2 million kilometres from Mars, as per the China National Space Administration. 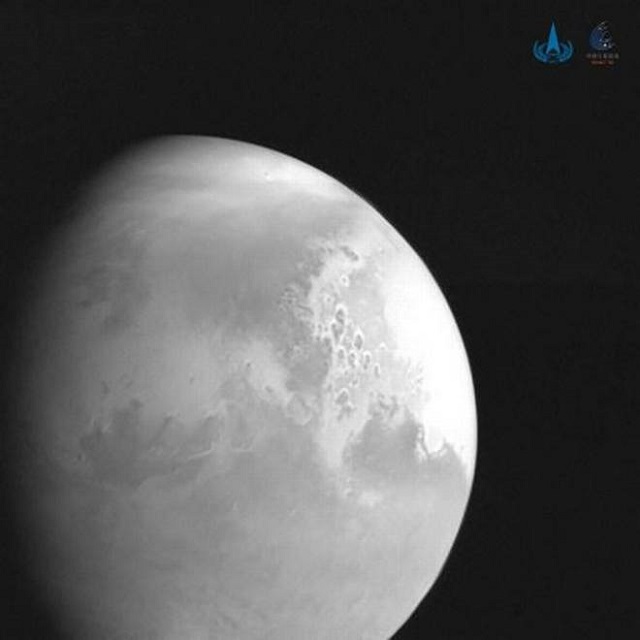 •The Tianwen-1  spacecraft is currently 1.1 million kilometres from the planet.

•The robotic space probe ignited one of its engines to make an orbital correction on February 5th.

•It is expected to slow down before entering Martian orbit around February 10.

China has been making huge strides in space exploration in the past few decades. The nation successfully sent a human into space in 2003.

The nation has also laid the groundwork to build its own space station and gain a permanent presence in the Earth's orbit.

This current Mars mission is not China's first attempt to reach Mars. The previous attempt made in collaboration with Russia in 2011 had failed during launch.

Among other missions, China has successfully sent two rovers to the Moon and with the second rover, China became the first country to make a successful soft landing on the far side of the Moon.