Naredndra Modi led NDA government is all set to begin its second term as BJP+ is leading by more than 300 seats out of 542 constituency seats.

Naredndra Modi led NDA government is all set to begin its second term as BJP+ is leading by more than 300 seats out of 542 constituency seats. In addition, the exit polls results also seem to be correct as BJP is leading by a whopping margin. Meanwhile, congratulations have started pouring in for BJP and Narendra Modi from national and international personalities and politicians.

From former J&K chief minister Omar Abdullah to External Affairs Minister Sushma Swaraj to PMs of Sri Lanka and Israel, every big personality is tweeting and congratulating Narendra Modi and His Party for leading from the front in the General Elections 2019.

Omar Abdullah tweeted on Thursday and congratulated Nareddra Modi & Amit Shah duo for leading from the front and also applauded the exact prediction of exit poll. 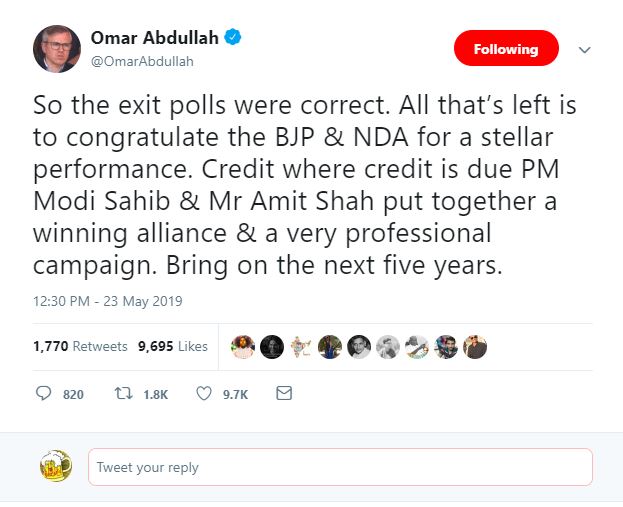 Sushma Swaraj, External Affairs Minister also tweeted and congratulated PM Modi for leading the BJP to such an emphatic win. 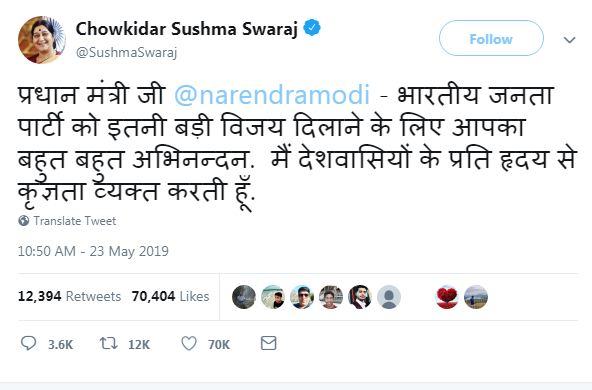 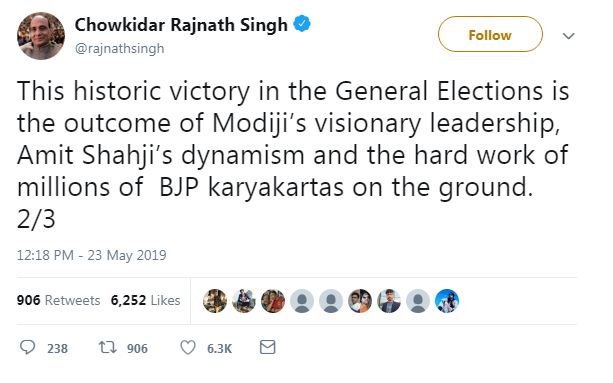 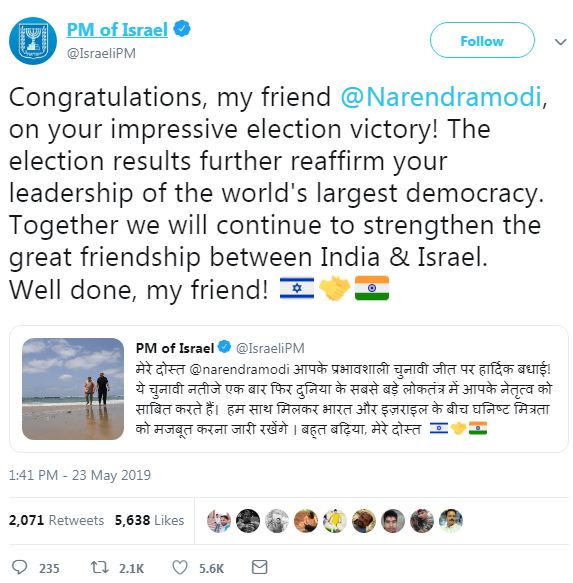 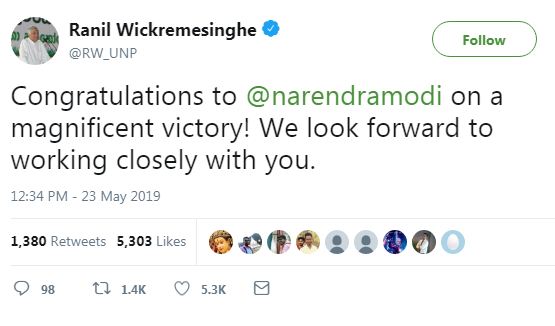 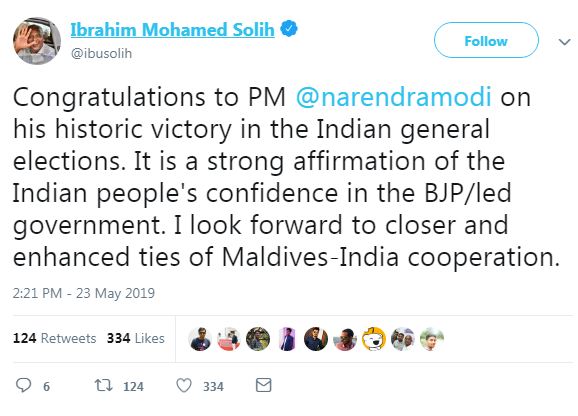 The south heartthrob, Rajnikanth also congratulated PM Modi on leading with such a huge margin and wished him good luck. 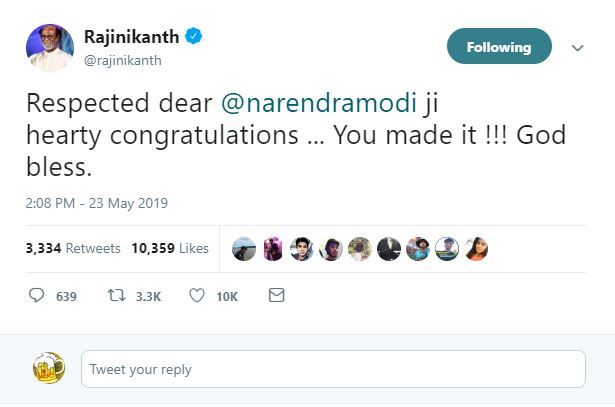 Imran Khan tweeted and congratulated PM Modi, and also tweeted he about working with him for peace, progress and prosperity in South Asia. 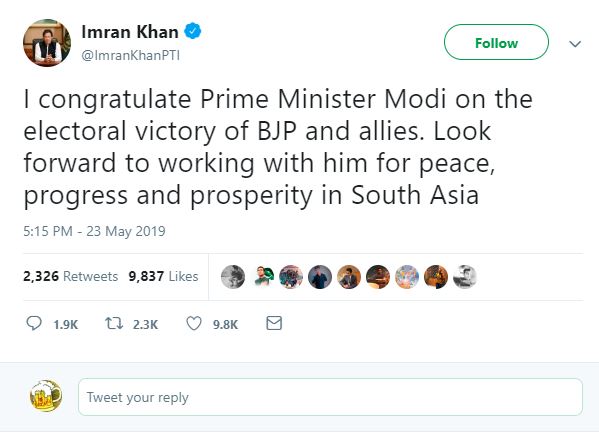 Russian President Putin also sent a congratulatory message to PM Modi and has shown his interest to work together and build up bilateral relations. 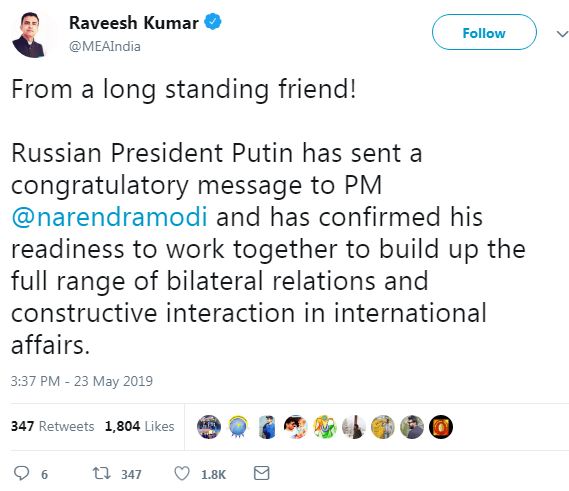 President of the Islamic Republic of Afghanistan, Ashraf Ghani tweeted and congratulated PM Modi and showed his interest to work together for the upliftment of the two democracies. 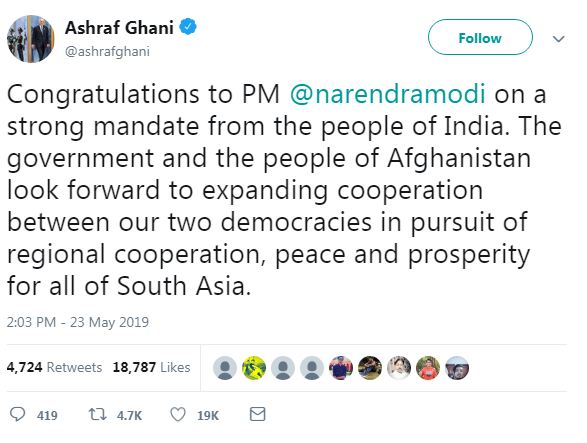 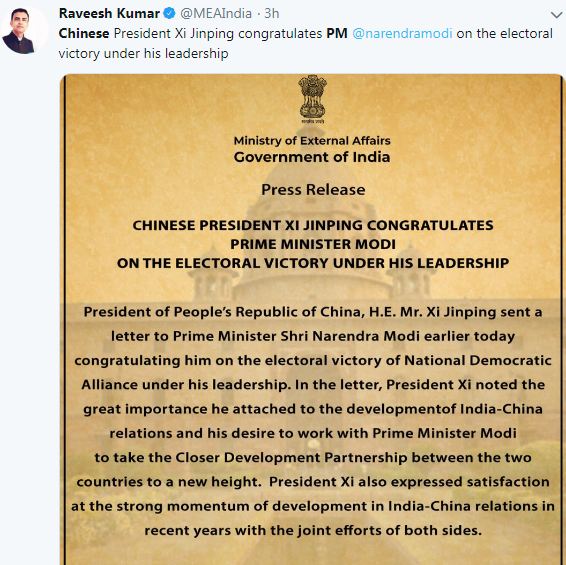 US President, Donald J. Trump also tweeted and congratulated Narendra Modi and his Party for glorious victory and said that great things are in store for US-India partnership. 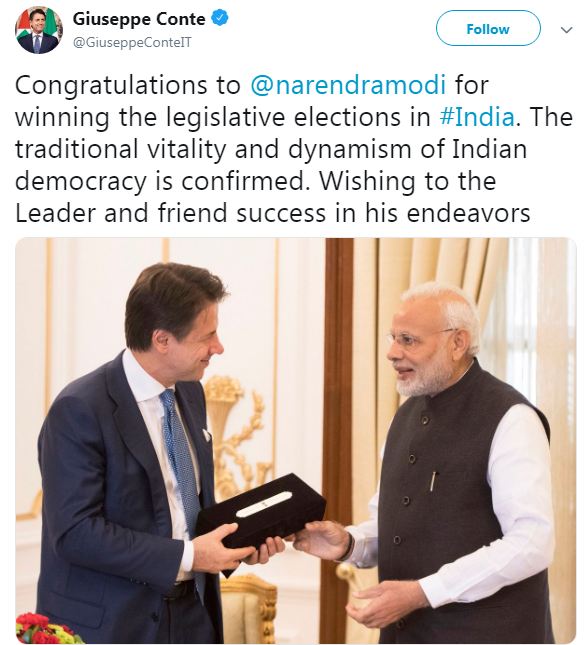 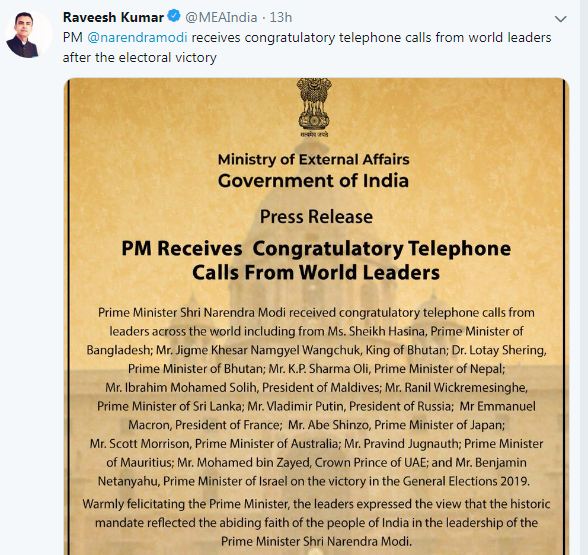