Congress Veteran Ahmed Patel Passes Away: As per the latest reports, Congress Veteran and Rajya Sabha MP from Gujarat Ahmed Patel passed away during wee-hours on Wednesday – 25th November 2020. His son Faisal Patel has confirmed that Mr Patel succumbed to multiple organ failure after he was diagnosed with coronavirus. Get Complete Details Here. 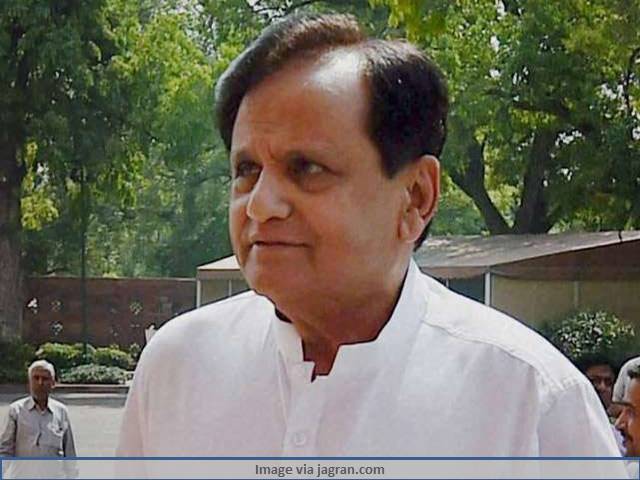 Congress Veteran Ahmed Patel Passes Away: As per the latest reports, Congress Veteran and Rajya Sabha MP from Gujarat Ahmed Patel passed away during wee-hours on Wednesday – 25th November 2020. He passed away at 3:30 AM in the morning at Medanta hospital in Gurgaon where he was undergoing treatment after contracting a COVID infection. His son Faisal Patel has confirmed that Mr Patel succumbed to multiple organ failure after he was diagnosed with coronavirus.

Ahmed Patel had tested positive for COVID-19 infection on October 1, 2020 following which he was admitted to the ICU of Medanta Hospital in Gurgaon on November 15, 2020.

Ahmed Patel was one of the most prominent leaders of Congress and was considered to be a close confidant and political advisors of Congress President Sonia Gandhi. He also held the post of Treasurer of the Indian National Congress.

Mr Patel started his political career by contesting local body elections in Gujarat's Bharuch district in 1976. Later on with his rise within the party, he was allotted charge of the Congress' organisational structure both in Gujarat and at the Centre. He was appointed Parliament Secretary to the then Prime Minister Rajiv Gandhi in 1985. Ahmed Patel also played a key role in setting up the Narmada Management Authority to oversee the Sardar Sarovar Project.

Saddened by the demise of Ahmed Patel Ji. He spent years in public life, serving society. Known for his sharp mind, his role in strengthening the Congress Party would always be remembered. Spoke to his son Faisal and expressed condolences. May Ahmed Bhai’s soul rest in peace.

Following demise of Ahmed Patel, Congress leader Rahul Gandhi also expressed his sorrow saying that he was a pillar of Congress party.

It is a sad day. Shri Ahmed Patel was a pillar of the Congress party. He lived and breathed Congress and stood with the party through its most difficult times. He was a tremendous asset.

We will miss him. My love and condolences to Faisal, Mumtaz & the family. pic.twitter.com/sZaOXOIMEX

On similar lines, Priyanka Gandhi also sent out a condolence tweet terming Mr Patel as “a friend who stood by us all, steadfast, loyal, and dependable to the end.”

Ahmed ji was not only a wise and experienced colleague to whom I constantly turned for advice and counsel, he was a friend who stood by us all, steadfast, loyal, and dependable to the end.
His passing away leaves an immense void. May his soul rest in peace.

Shocked to hear of demise of #AhmedPatel. Had been talking to his son #feisal almost daily. My impression was #AP was on the mend. Terrible news. May his soul #RIP. #OmShanti.