Under the new guidelines, while reporting on the actual campaign, a newspaper may not leave out any important point raised by a candidate and make an attack on his or her opponent. 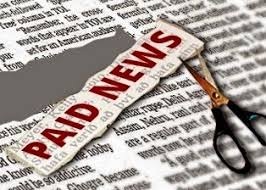 The Press Council of India on April 9, 2019 issued new guidelines, urging the media to do objective reporting on the upcoming Lok Sabha elections and cautioning it against the phenomenon of paid news.

The council stated that newspapers are not expected to indulge in unhealthy election campaigns, exaggerated reports about any candidate or party during the elections. It said that it will be the duty of the press to give objective reports about the election and the candidates.

• Under the new guidelines, while reporting on the actual campaign, a newspaper may not leave out any important point raised by a candidate and make an attack on his or her opponent.

• The council also cautioned the press to avoid reports which tend to promote feelings of enmity or hatred between people on the grounds of region, religion, race, caste, community or language.

• The council also cautioned the media against publishing unverified allegations against any candidate or party.

• It also cautioned the media to guard against paid news, which it defined as any news or analysis appearing in any form of media, print or electronic, for a price in cash or kind as consideration.

• It also urged the authorities that rules and orders regulating the entry of the media persons to places of election should be notified and the cut-off date for applying for passes should be given due and advance publicity.

• The council said that whenever the newspapers publish pre-poll surveys, they should take care to preface them conspicuously by indicating the institutions that have carried on such surveys, the individuals and organisations that have commissioned them, the size and nature of sample selected and the method of selection of the sample for the findings.

As per the Press Council, the authorities cannot prohibit the use of vehicles by the media persons for movement during elections although its use for the voters by candidates and their agents is prohibited because the journalists have to move from booth to booth and collect information from all the centres whether on the polling day or at the time of counting.

The app was launched after the President paid his tributes to the fallen troops at the National Police Memorial in Delhi on the occasion of the CRPF's 'Valour Day'.

• The application will act as an interface between the Central Reserve Police Force (CRPF) authorities and the next of kin of the slain personnel.

• It will render all assistance to the families of the martyred CRPF personnel with regard to issuance of ex gratia, pensionary benefits and all information regarding the welfare schemes introduced for them by the government.

• The assistance will be provided to the families on a real-time basis. The CRPF headquarters in Delhi and various group centres across the country will respond to these issues.

• The Android-based app will be installed by the force's officials securely on the phone of the families and will not be available over the app stores.

The Central Reserve Police Force observed its 54th Valour Day on April 9, 2019. The day is observed by the force every year as a remembrance of the gallant fight back by a small contingent of the 2nd Battalion of CRPF against an attack by a Pakistani Brigade at the Sardar post in Gujarat's Rann of Kutch on April 9, 1965.

On the occasion this year, the President presented gallantry medals to six Jawans posthumously. The President also appreciated the role of CRPF in combating terrorism and separatism in Jammu and Kashmir.

Over 34000 police personnel have laid down their lives in the line of duty for the nation after Independence.