Homo luzonensis, described in the journal Nature, informs about features comparable to different species of hominins. 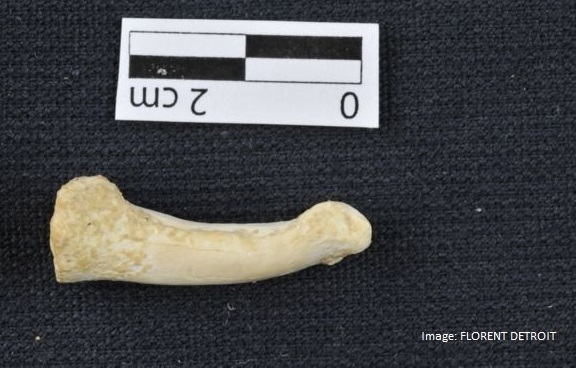 Scientists have discovered a new human species ‘Homo luzonensis’ in Philippines recently. Scientists found these remains aged between 67,000 years to 50,000 years old and it was unknown to science till date.  It is classified a separate species on the ground of 13 bones and teeth from two adults and one child found in a cave on the island of Luzon in the Philippines.

Homo luzonensis, described in the journal Nature, informs about features comparable to different species of hominins. Unlike Homo sapiens, whose premolar teeth generally have a single root, Homo luzonensis' premolars had two or three roots, similar to more primitive species such as Homo erectus, which lived in Africa and Asia between about 1.89 million and 143,000 years ago.

Callao Cave is one of the limestone caves located in the Cagayan province, in the Philippines. The seven-chamber cave is one of 300 caves that dot the area and the best known natural tourist attraction of the province. The town is named as Penablanca for the presence of white limestone rocks in the area. More than 70 Caves have been documented by the National Museum till 1977. Callao Cave and the nearby Sierra Cave are easily accessible by automobile.

The Ministry of Rural Development headed by Secretary Amarjeet Sinha, made a detailed presentation on the Ministry’s plans on fostering higher inclusive growth, equity, efficiency and transparency – to the Chairperson N.K. Singh and Members and senior Officials of the Fifteenth Finance Commission on April 11, 2019.

The Ministry made a case for additional resources for Rural India on the account of :-

The presentation also made a case of Government’s Reforms and conversant growth Panchayat Development:-