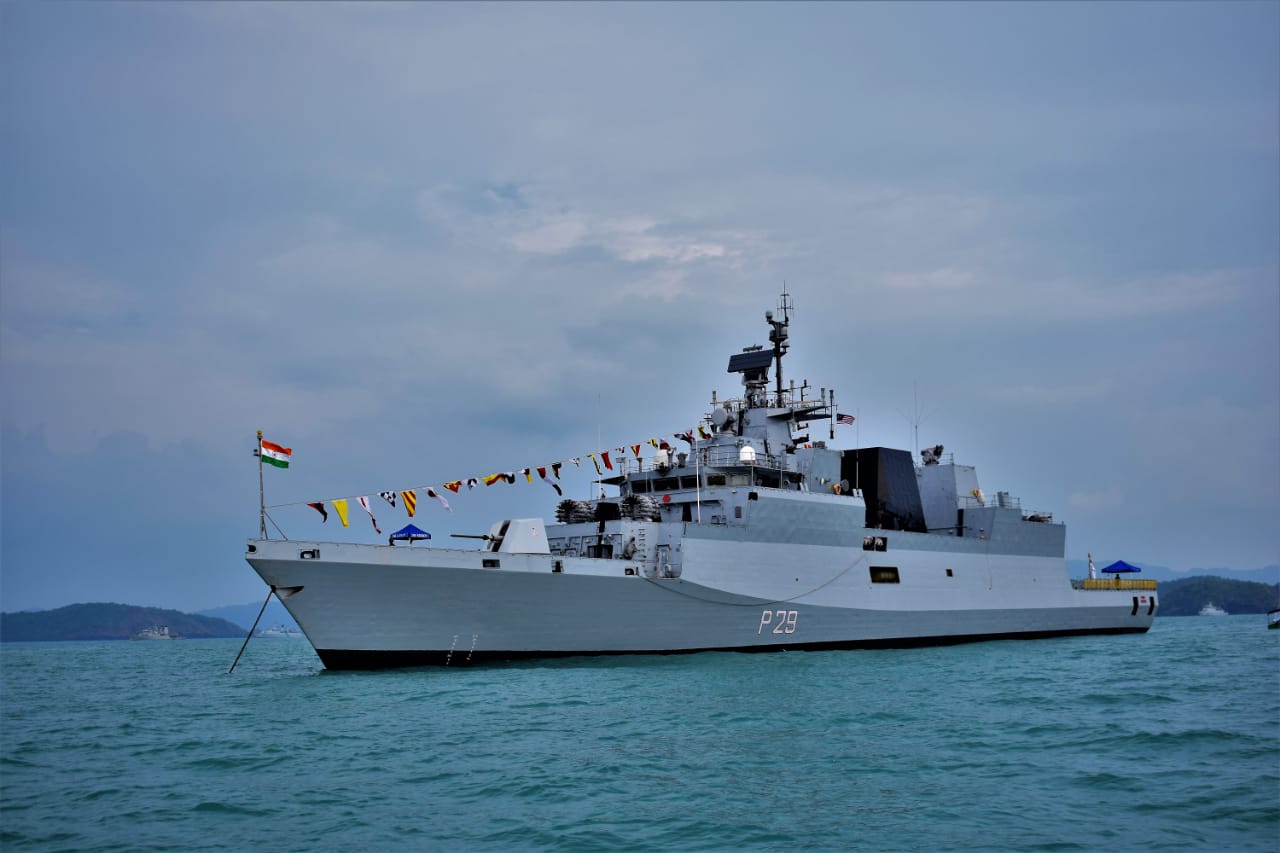 Vice Admiral Karambir Singh, the newly named Chief of the Indian Navy, would be attending various engagements as part of LIMA 19.

• The ship will participate in numerous activities during the seven days at Langkawi, including the International Fleet Review (IFR) by the Prime Minister of Malaysia.

• It will participate in maritime and air demonstration, sea exercises with 29 other participating navies, cultural exchange programmes, cross visits to ships, and sporting events.

• Numerous seminars and interactions are also planned on the side lines of the main event.

• The participation of the Indian Air Force in LIMA 2019 will provide an opportunity to air-warriors to interact with their Royal Malaysian Air Force counterparts and foster close relationship between the two services.

• Being the maritime neighbours, Malaysian and Indian navies continue to interact closely on issues related to training and exchange of best practices during visits by ships from both sides.

• INS Kadmatt (P 29) is an indigenous stealth anti-submarine warfare corvette and was commissioned into the Indian Navy in January 2016.

• It was designed 90 percent indigenously by the Directorate of Naval Design (DND) and constructed by Garden Reach Shipbuilders and Engineers Ltd.

• INS Kadmatt is named after one of the large islands amongst the Lakshadweep group of Islands off the west coast of India.

• The ship had been constructed using high grade steel (DMR 249A) produced in India. With a displacement of 3500 tonnes, the sleek and magnificent ship spans 109 meters in length and 14 meters at the beam.

• It is propelled by four diesel engines to achieve speeds in excess of 25 knots with an endurance of 3450 nautical miles.

• The ship is fitted with state of the art weapon system, sensors and machinery, heavy weight torpedoes and anti-submarine helicopter.

• This second ship of Project 28 has a low radio, acoustic, magnetic and IR signature owing to a ‘X’ shaped hull form, raft mounted engines and an IR suppression system.

• The unique architecture used to fit the engines on a separate mounting reduces its underwater noise thereby making it difficult to detect by sonars of enemy ships and submarines.

The United States President, Donald Trump on March 25, 2019 signed the proclamation recognising Israel’s sovereignty over the Golan Heights, a disputed land which Israel captured from Syria in 1967.

This decision of the US is expected to give a political boost to Prime Minister Netanyahu a month before his re-election campaign.

With this move, the US became the first country to recognise Israeli sovereignty over the Golan. The rest of the international community considers Golan Heights as a disputed territory occupied by Israel. The disputed area was captured by Israel in the 1967 Middle East war.

• The Golan Heights is a picturesque 1,800 sq km plateau beside the Sea of Galilee that borders Israel, Lebanon, Jordan and Syria.

• Israel seized much of the Golan Heights from Syria during the 1967 Six-Day War and then effectively annexed it in 1981, a move that was never recognised by the international community.

• Earlier, there have been attempts to bring Israel and Syria together for negotiations; however, all those attempts went in vain.

• There are more than 30 Israeli settlements in the Golan housing an estimated 20,000 people. These Israelis live alongside some 20,000 Syrians, mostly the Druze Arabs who did not flee when the Golan was captured.

• At present, the United Nations peacekeeping forces are deployed in Golan. Their mandate expires in June 2019.