Under Mission Shakti, India successfully targeted and shot down a live satellite on a Low Earth Orbit with an anti-satellite missile (A-SAT) within a matter of just three minutes. 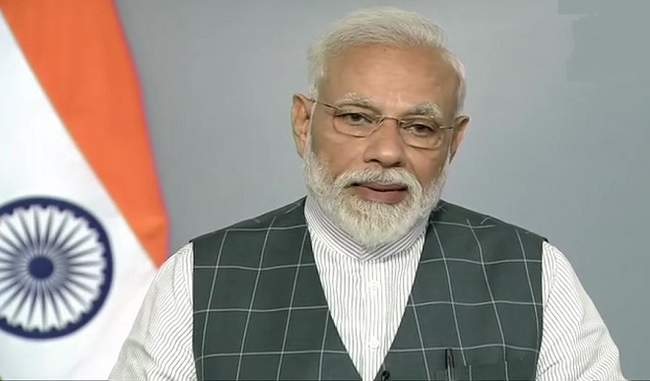 Prime Minister Narendra Modi on March 27, 2019 announced that India has established itself as the world's 4th largest space super power. The Prime Minister stated that the feat is historic, as till now, only three countries in the world – United States of America, Russia and China have achieved this.

• The Prime Minister announced the success of ‘Mission Shakti’, in which Indian scientists successfully targeted and shot down a live satellite on a Low Earth Orbit with an anti-satellite missile (A-SAT) within a matter of just three minutes.

• He announced that India has joined the elite league of space powers and the whole mission required a lot of complex scientific maneuvers and techniques, which India was able to see through successfully.

• At the same time, the Prime Minister assured that the newly acquired capability will not be used against anyone and that it was purely for India's security.

What is Low Earth Orbit?

A Low Earth Orbit (LEO) is an Earth-centered orbit with an altitude of 2,000 km or less.

Most of the manmade objects in space are situated in the LEO. The altitude of an object in an elliptic orbit can vary significantly along the orbit.

The satellites and space stations in the LEO are more accessible for crew and servicing.

What are Anti-satellite weapons?

The anti-satellite weapons (A-SAT) are designed to incapacitate or destroy satellites for strategic military purposes.

Several nations possess operational ASAT systems, with others in development or design.

Although no A-SAT system has yet been utilised in warfare, several nations have shot down their own defunct satellites to demonstrate their ASAT capabilities in a show of force.

Including the current development, only the United States of America, Russia, China and India have demonstrated this capability successfully.

Niti Aayog and ABB India on March 26, 2019 organised a workshop to discuss regulatory and financial concerns relating to the adoption of Artificial Intelligence and automation technology by the Micro, Small and Medium Enterprises.

The workshop on manufacturing in the age of Artificial Intelligence was held at the ABB Ability Innovation Center in Bengaluru where industry and policymakers discussed various aspects of AI and automation adoption.

• During the workshop, all stakeholders of the MSME value chain were brought together on a common platform to identify the roadblocks they face in growth, be it in business models, financing or skilled labour.

• The event aims to address the issues faced by the MSMEs using tools ranging from policy to technology.

In 2018, Niti Aayog and ABB had signed a statement of intent to support the government to realise its 'Make in India' vision through advanced manufacturing technologies that incorporate the latest developments in robotics and artificial intelligence.

As India gets recognised as a global hub for AI technologies and Industry 4.0 reshapes global manufacturing in the coming decades, companies like ABB with a legacy of global technology leadership are expected to lead the revolution by enabling India’s vibrant MSME base.