India and the African Union signed a Memorandum of Understanding to establish an India-Africa health sciences collaborative platform. The agreement aims to formalise this partnership by establishing a framework.

India and the African Union on March 27, 2019 signed a Memorandum of Understanding to establish an India-Africa health sciences collaborative platform.

In order to carry forward the strategic vision of India-Africa Forum Summit (IAFS) III through a structured and concrete partnership in the health sector, the Ministry of External Affairs partnered with the Indian Council of Medical Research (ICMR) and had jointly organised the first India-Africa Health Sciences Meet in 2016 in New Delhi.

• The ICMR had taken up the mandate to initiate and strengthen the cooperation in the health sector in a structured and organised manner by establishing an India-Africa Health Sciences Collaborative Platform.

• The agreement aims to formalise this partnership by establishing a framework. It will pave the way for cooperation in research and development, capacity building, health services, pharmaceutical trade and manufacturing capabilities for drugs and diagnostics.

• The programme would focus on training and strengthening capacity of health professionals, researchers, regulators and industry staff, support research collaborations for developing preventive tools and improved diagnostics for diseases which are regional priorities in India and Africa. 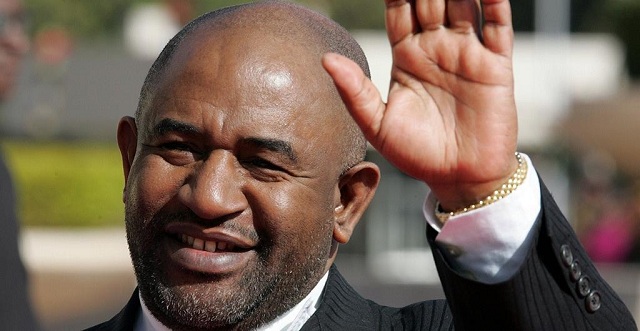 Comoros President Azali Assoumani was re-elected on March 26, 2019 by a landslide, as per results published by the electoral commission of the Indian Ocean archipelago.

Azali, who first took office in 2016, won 60.77 per cent of the votes, way ahead of his closest rival Mahamoudou Ahamada, who garnered only 14.62 percent of the ballots cast. The polls in the nation had sparked tensions with the opposition making accusations of fraud.

• The 66-year-old president had been tipped to return to power in the island nation of 800,000 people, which is one of the world's poorest and most unstable states.

• Counting was marred by tensions, with authorities violently breaking up an opposition protest on March 25.

• Twelve people were injured as police fired teargas and rubber bullets at opposition candidates and supporters as they marched through the capital Moroni protesting alleged irregularities.

• The opposition alleged that irregularities at several polling stations reported by the electoral commission amounted to a coup and called for public resistance.

Ahamada, of the main opposition Juwa party, rejected the results saying we are facing a military coup through a presidential election.

According to the opposition party leader, the most sensible solution would be to organise elections worthy of a civilised country as soon as possible.

Azali's campaign director Houmed Msaidie described opposition claims of election fraud as pathetic, accusing them of creating a climate of panic to invalidate the electoral process.

• The Supreme Court had barred some of Azali's major rivals, including former president Ahmed Abdallah Sambi, accused of corruption, from running.

• Heavily-armed soldiers had been deployed to several key locations in the nation’s capital on March 26 with orders to prevent unrest.

• On March 24, almost around a dozen booths were vandalised during polling. These incidents were seized upon by the opposition who alleged election irregularities.

• Overall, some 300,000 voters were eligible to vote in the Indian Ocean archipelago, which has a two-round system for electing the president.

• The country rotates its presidency between its islands of Anjouan, Grande-Comore and Moheli.