As per the BPRD report, there has been an increase of 16,051 in the strength of Central armed police forces (CAPFs). 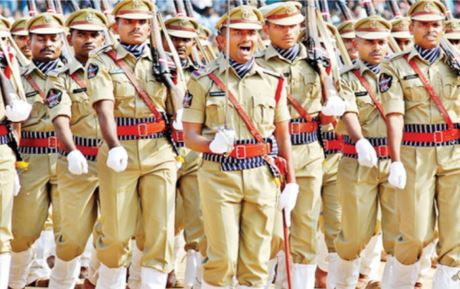 As per the BPRD report, there has been an increase of 16,051 in the strength of Central armed police forces (CAPFs) and 19,686 personnel in the sanctioned strength of the state police in the one year since 2017.

Achievements
As per the BPRD Report, Police Stations in India have increased from 15579 to 16422. The number of increased police stations are included with Cyber Police stations whose strength has increased from 84to 120 in the country. It was also mentioned in the report that 2,10,278 CCTV Cameras have been installed in across the nation. Now, total 2,75,468 CCTV cameras have been installed in the country.

About BPRD
Bureau of Police Research and Development (BPR&D) works under the Ministry of Home Affairs. Its primary objective is to modernization of the police to ensure the speedy and authentic study of police department issues. BPRD has two divisions - Research, Statistics, Publication and Development. The government of India established a National Police Mission under supervision of BPRD to modernize and transform the police forces in the country. National Police Mission is trying to ensure equip the police personnel with necessary resources, material and intellectual.