The Defence Ministry approved the decision to set up a special Human Rights Section directly under the Vice Chief of the Army Staff. 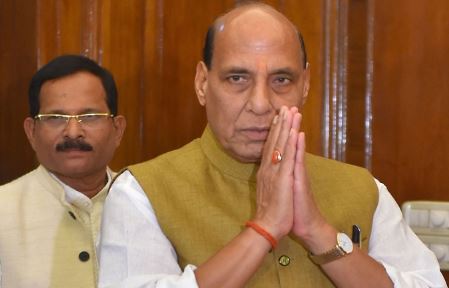 Union Defence Minister Rajnath Singh approved major proposals regarding re-organisation of Army Headquarters on August 21, 2019.  The approval was given on the basis of a detailed internal study, which was conducted by the Army Headquarters.

Following are the proposals:

2. Establishment of an umbrella organisation under Vice Chief of the Army Staff (VCOAS) for enhanced focus on human rights issues – The Defence Ministry approved the decision to set up a special Human Rights Section headed by ADG (Maj. Gen rank officer) directly under the VCOAS, in order to give high priority to observance of human rights convention and values. The special Human Rights section will be the nodal point to examine any human right violation reports.  Further, to ensure that best of investigative expertise is available to the section and enhance transparency, a Police officer of SSP/SP rank will be taken on deputation.