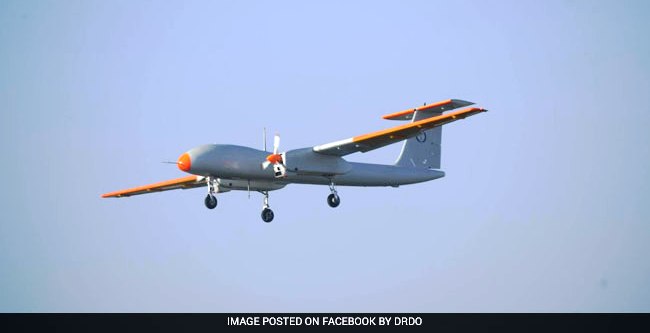 This was the first flight-test to test out the user configuration of the drone with higher power engine.

Objective behind the development of Rustom 2

Rustom 2 is being developed on the lines of predator drones of the United States with an aim to carry out Intelligence, Surveillance and Reconnaissance (ISR) roles for the armed forces with an endurance of 24 hours.

The drone was developed for use by all three services of the Indian armed forces- Indian Navy, Indian Army and Indian Air Force.

• MREO and LREO sensors are placed inside its modular payload for capturing imagery and video.

• It can fly missions on manual as well as autonomous modes. The onboard way-point navigation system allows the drone to conduct missions autonomously.

The Rustom 2 drone has been designed and developed by Aeronautical Development Establishment of the DRDO. While, the aerospace major Hindustan Aeronautics Ltd and Bharat Electronics Ltd are its production partners.