During the dialogue, the two sides condemned terrorism in all its forms and manifestations and underscored the need for deepening cooperation to combat terrorism in a long term. 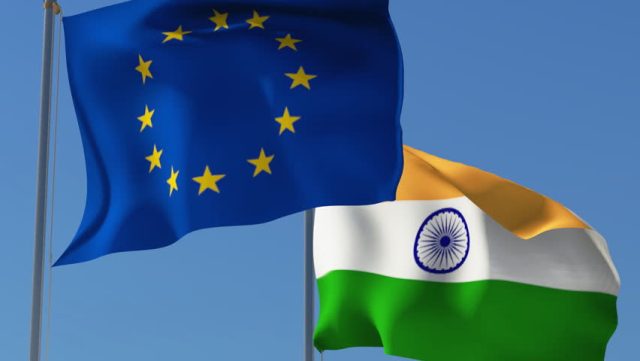 To combat the threat of terrorism and check terror financing, India and the European Union on 30 August 2017 agreed to strengthen cooperation between their security and intelligence agencies.

The agreement was reached in New Delhi during the 10th India-European Union Counter Terrorism Dialogue. Reports suggest that the two sides deliberated extensively on combating terror financing and challenges posed by radicalisation and violent extremism.

Post Dialogue statements by the Ministry of External Affairs

• In a statement, the Ministry of External Affairs said, both sides strongly condemned terrorism in all its forms and manifestations.

• The statement said, they underscored the need for deepening cooperation to combat terrorism in a long term, sustained and comprehensive manner.

• It says that the two sides exchanged views and assessments on prevailing terrorist threats in their respective regions including state-sponsored, cross-border terrorism in the Af-Pak region.

• In addition to this, the two sides also agreed to strengthen institutional linkages between Indian agencies and their European Union counterparts including Europol for closer interaction and cooperation in the field of counter-terrorism.

• The statement said, they agreed to identify relevant training programmes for capacity building of individuals on both sides working in the sphere of countering terrorism and violent extremism.

• It said prospects for deepening counter-terrorism cooperation under the UN and Financial Action Task Force (FATF) were also emphasised.

About the delegation of the two sides at the dialogue

• Indian Delegation: The Indian delegation was led by Mahaveer Singhvi, Joint Secretary for Counter Terrorism at the Ministry of External Affairs.

The next India-European Union Counter Terrorism Dialogue will take place in Brussels in 2018 on a mutually convenient date.