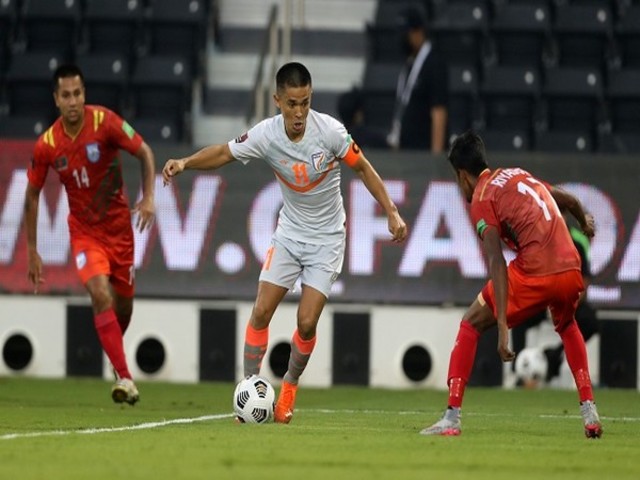 Chhetri, 36, made both the goals in the second half of the matches, one in the 79th and another at the 92nd minutes.

Our @IndianFootball skipper Sunil Chhetri adds another feather to his illustrious cap as he overtook Lionel Messi to become the second-highest active international goalscorer with 74 goals. A big congratulations to Captain Fantastic & wishing him many more accolades in the future pic.twitter.com/kzpgCQbXEp

Chhetri now has a score of 74 goals, two more than Messi. He now only stands behind the Portugal star Cristiano Ronaldo with 103 goals in the list of footballers with the most international goals. While Ali Mabkhout, UAE footballer stands third on this list with 73 goals so far.

With this record win, India reaches the third sport in Group E with 6 points from 7 games. India will next compete against Afghanistan in the Qualifiers on June 15, 2021. India is already out of contention for the qualifiers for FIFA World Cup 2022 but the Blue Tigers can still content to qualify for AFC Asian Cup.