Know how did astronomers on Earth pick up the first radio signals from planet outside of Solar System?

The Low-Frequency Array (LOFAR), the world’s most powerful radio antenna located in the Netherlands picked up signals from planet outside of Solar System. Astronomer Dr Benjamin Pope from the University of Queensland and his colleagues at the Dutch national observatory ASTRON for the first time detected stars that are emitting radio signals. This phenomenon hints towards the presence of hidden planets around these stars. This technique could also answer the question if there is life in or beyond Solar System other than Earth.

The team of astronomers has been exploring planets using the LOFAR. For the first time, they detected signals from 19 distant red dwarfs, 4 of which have been recognized to have planets orbiting them. The team noted that the planets of our own Solar System emit powerful radio waves due to the interaction of their magnetic fields with the solar wind, but radio signals from planets outside our Solar System were never picked up.

In a study published in Nature Astronomy, the team stated that the signals are coming from the magnetic connection of the stars and the hidden planets orbiting them. The interaction has been deemed similar to that between Jupiter and its Moon named Lo.

Dr Joseph Callingham of the Leiden University, ASTRON who is the lead author of the discovery highlighted that Earth has auroras which are commonly known as the northern and southern lights. These also emit powerful radio waves due to the interaction of Earth’s magnetic field and the solar wind.

How did astronomers detect first radio signals from outside Solar System?

The astronomers designed a model to examine the interaction of the magnetic field with the solar wind of that which happens between Jupiter and its Moon named Lo to study the science behind the auroras on the largest planet Jupiter in the solar system. These auroras have been found to be much stronger than the auroras detected on Earth.

Astronomer Dr Benjamin Pope however stated that we cannot be 100 per cent sure that the four stars we believe to have planets are indeed planet hosts, but we can ascertain that a planet-star interaction is the best explanation for the radio emissions received by Earth from a distant star.

How does the discovery benefit?

The discovery of the first radio signals from planet outside our Solar System is a key discovery for radio astronomy which could possibly aid in discovering planets throughout the galaxy. The astronomers are now anticipating the launch of the Square Kilometre Away radio telescope by 2029 which will surpass LOFAR as the world’s largest radio telescope and will enable spotting hundreds of relevant stars in greater distances. The telescope is under construction.

The LOFAR, known as Low-Frequency Array, is currently the world’s largest radio telescope which is operating at the lowest frequencies that can be examined from Earth. LOFAR is a multi-purpose sensor network comprising an innovative computer and network infrastructure.

LOFAR has been designed and built by ASTRON in the Netherlands. It is a distributed research infrastructure that enables world-leading radio astronomical research and allows astronomers to look back billions of years known as the Dark Ages to study the formation of stars and galaxies, examine low-frequency radio sky, and detect radio emissions from energetic explosions in the universe. 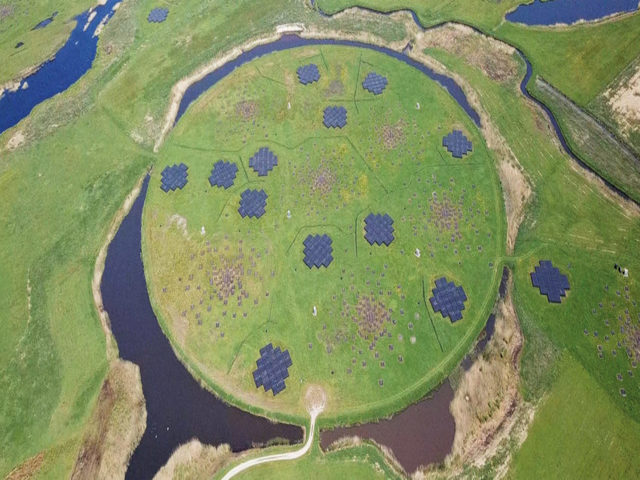