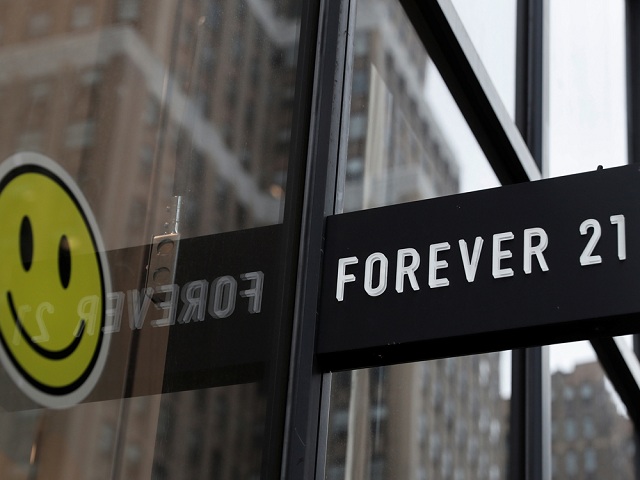 Forever 21 Bankruptcy: Forever 21 has filed for Chapter 11 bankruptcy protection. The US fast-fashion giant announced that it will make its exit from most international locations in Asia and Europe. The move comes as traditional retailers continue to struggle against the rise in competition posed by online retailers.

Forever 21 had over 800 stores in 57 countries across the globe. The brick and mortar chain announced that it would now file a motion to close up to 178 of its stores. However, the decision as to which domestic store will be closed is still pending. The fashion retailer stated that it has obtained $275m in financing from the existing lenders and $75m in new capital to assist with the global restructuring.

What is Chapter 11 Bankruptcy protection?

Chapter 11 Bankruptcy protection provides the US companies with time to reorganize their debts and sell parts of their business, postponing the company’s obligations to its creditors.

Speaking after filing for Chapter 11 bankruptcy protection, the Executive Vice President of Forever 21, Linda Chang said that it was an important and necessary step to secure the company’s future, as it will enable them to reorganize their business and reposition the brand.

Forever 21 announced that it is planning to end most of its operations in Asia and Europe. The company would, however, continue its operations in Mexico and Latin America.  The retailer, last week, already announced its pullout from Japan by October due to continued sluggish sales. Forever 21 in the US is unlikely to be affected, as the company stated that it does not plan to exit from any major market in the US.

The group clarified that bankruptcy filing by the US-based fast-fashion retailer will not in any way impact its business in India. Forever 21 India, will hence, continue to operate its stores like before. Currently, the franchisee runs about a dozen outlets of Forever 21 in the country.

Forever 21 was founded in Los Angeles in 1984 as a fast-fashion retailer. Since its founding, it has served as a low-price one-time destination for teen shoppers. The fashion brand mainly sells trendy clothing and accessories at cheap rates.

The retailer competed with other major high-street fashion retailers like H&M and Zara. The popularity of these brands had grown during the Great Recession.

However, recent years have seen a shift in consumer taste who are more interested in online stores. The fast-fashion retailer has also been more vulnerable than some other chains because of its large presence in major malls, which are attracting fewer shoppers there.

The brand has now joined other US fashion retailers seeking bankruptcy protection such as Barneys New York and Diesel USA, while they face stiff competition from online retailers.