He played a pivotal role in fighting against the Emergency declared by the then Prime Minister Indira Gandhi in the mid 1970s. During the Emergency, he was arrested and tried in the Baroda dynamite case. He was still in prison when he won in Muzaffarpur in the 1977 general election. 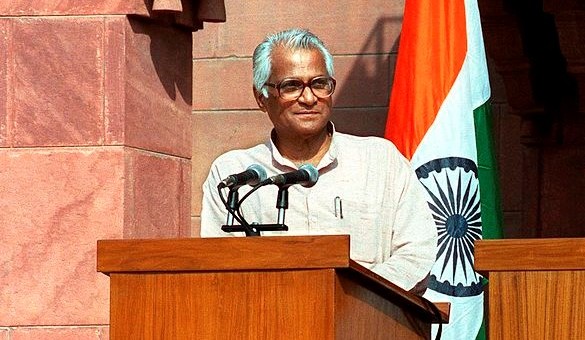 Former Defence Minister George Fernandes passed away on January 29, 2019 following a prolonged illness. He was 88. Fernandes was suffering from Alzheimer's disease; and recently, he contracted swine flu.

Fernandes held the portfolio of the Union Defence Minister from 2001 to 2004 under the Atal Bihari Vajpayee-led NDA government.

A glance at Fernandes' political career

• A veteran parliamentarian,  George Fernandes was first elected to the Lok Sabha in 1967.

• He held several portfolios during his political career such as Union Minister of Communications, Industry, Railwaysn and Defence.

• As a Defence Minister, Fernandes oversaw the Pokhran nuclear tests of 1998 and the Kargil war in 1999.

• He was also famous for taking frequent trips to the Siachen glacier to look after the well being of the soldiers deployed there and providing facilities such as snow scooters by cutting down the bureaucracy of his ministry.

• Fernandes was a senior member in Morarji Desai's cabinet when the Janata Party took office in 1977.

• He held the portfolio of Union Railways Minister from 1989 to 1990 under the leadership of the then Prime Minister VP Singh.