The DIPP announced the initiation of new Industrial Policy. This new industrial policy will be aimed at making India a manufacturing hub through ‘Make in India’. It will suitably incorporate the use of modern smart technologies such as IOT, artificial intelligence and robotics for advanced manufacturing. 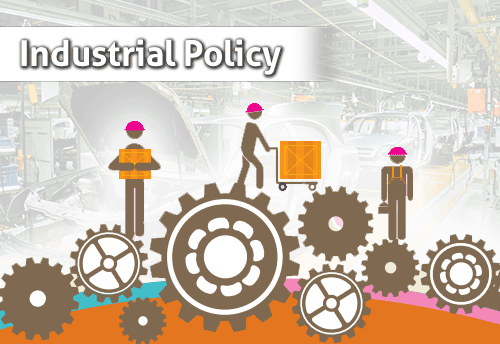 The Department of Industrial Policy and Promotion (DIPP) under the Ministry of Commerce and Industry initiated the process of formulation of a new Industrial Policy in May 2017. It will be released by October this year, which will embark upon the promotion of Indian product along with higher value addition.

It will also relook at the existing FDI (Foreign Direct investment) policy to enable more technology transfer and skill development. This new Industrial policy will subsume the National Manufacturing Policy (NMP) 2011, which aimed to create 100 million jobs by 2022.

The last Industrial Policy was announced in 1991, and it included following major objectives:

Since the last Industrial Policy announced in 1991, India has transformed into one of the fastest growing economies in the world. With strong macro-economic fundamentals and several path breaking reforms in the last three years, India is equipped to deploy a different set of ideas and strategies to build a globally competitive Indian industry.

How the formulation of New Industrial Policy take place?

DIPP has embraced a consultative approach for detailing the Industrial Policy by setting up six thematic focus groups and an online survey on DIPP website. The six thematic areas include

An Artificial Intelligence task force has additionally been constituted under V. Kamakoti, a professor in the Indian Institute of Technology, Madras,  in the department of Computer Science. The task force will give its inputs on policy.

This new industrial policy will be aimed at making India a manufacturing hub through ‘Make in India’. It will suitably incorporate the use of modern smart technologies such as IOT, artificial intelligence and robotics for advanced manufacturing.