Researchers are calling it next generation plastic due to its quality of separation at smallest level. This plastic can be recycled into any colour, form or shape without losing its original quality. 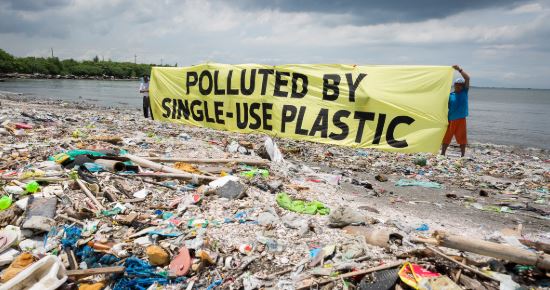 Story 1: New plastic created that could be fully recycled

Researchers from the United States Department of Energy (DOE) have created 100% recyclable plastic in at Lawrence Berkeley National Laboratory. Researchers have developed this plastic that looks like a Lego Playset, it can be disassemble into various parts even at molecular level. Scientists named it poly diketoenamine, or PDK plastic.

Researchers are calling it next generation plastic due to its quality of separation at smallest level. This plastic can be recycled into any colour, form or shape without losing its original quality. Researchers discovered new way to assemble plastics that takes recycling at molecular level.

•    Researchers explained that many plastics made with various chemicals added to make them useful, such as fillers that make a plastic tough.
•    Report published in a journal called Nature Chemistry, unlike conventional plastics, the monomers of PDK plastic could be recovered and freed from any compounded additives simply by dunking the material in a highly acidic solution.
•    After testing various formulations, the researchers demonstrated that not only does acid break down PDK polymers into monomers, but the process also allows the monomers to be separated from entwined additives.

•    Most of the plastic products are made of large molecules called polymers for example water bottles, automobile parts, mobile accessories etc. It is composed of various units of small carbon compounds named monomers.
•    Manufacturers generally add chemicals to make plastic more useful.  For example, fillers make a plastic tough, or plasticisers make a plastic flexible, are tightly bound to the monomers and stay in the plastic even after it is been processed at a recycling plant.
•    When these plastics, with different chemical composition, go to processing unit are mixed and ground together into smaller pieces.
•    After that plastic goes to the melting unit to make a new material, it becomes difficult to identify true properties.
•    In latest research, monomers of PDK plastic could be recovered and freed from any compounded additives simply by dunking the material in a highly acidic solution.
•    The acid helps to break the bonds between the monomers and separate them from the chemical additives that give plastic its look and feel.

A recent report published by Geological Survey of India (GSI) reveals 35% of country’s graphite deposits are found in Arunachal Pradesh. It is largest amount of graphite found in India at one place. GSI showcased these numbers during its annual interactive meeting with the Department of Geology and Mining and Industries, Government of Arunachal Pradesh in Itanagar.

•    Since 35% of India’s Graphite deposits found in Arunachal Pradesh, Arunachal Pradesh could now be developed as leading producer of graphite in country thus helping in meeting its future needs.
•    Report reveals that China is undertaking huge graphite mining activities across the border in Tibet Autonomous Region.
•    Indian road and infrastructure development towards Indo-China border should act as a advantage for exploration and extraction of mineral at the same time meeting India needs and reducing imports.
•    India shares total 3,488 km border with China while Arunachal Pradesh shares 1,126 kilometers of border.
•    GSI report suggested that the survey and drilling activities of GSI should be moved towards India-China international Border.

About Geological Survey of India (GSI)

•    This organisation was formed in 1851 with the sole aim to locate coal for the railways.
•    The main functions of GSI relate to creation and updation of national geoscientific information and mineral resource assessment.
•    GSI, headquartered at Kolkata, has six Regional offices located at Lucknow, Jaipur, Nagpur, Hyderabad, Shillong and Kolkata and State Unit offices in almost all States of the country. Presently, Geological Survey of India is an attached office to the Ministry of Mines.

Graphite is a naturally-occurring form of crystalline carbon. It is a native element mineral found in metamorphic and igneous rocks. Graphite is a mineral of extremes. It is extremely soft, cleaves with very light pressure, and has a very low specific gravity. It is the only non-metal element which is a good conductor of electricity.