As the world battles to return to normalcy amid coronavirus pandemic, one of Europe’s top football league has resumed its 2019-20 season 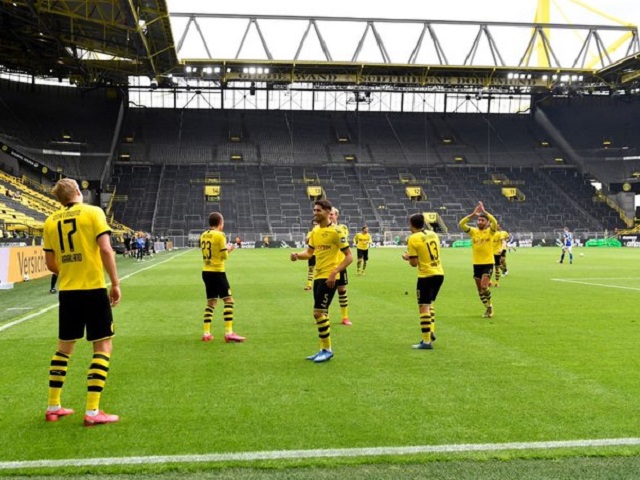 Though football is back, the games during corona-era will not be played in the same way as before. The Bundesliga games resumed with empty stadiums, behind closed doors with no fans to minimise the risk of coronavirus infection.

Social distancing will be followed among players as well, which means no hugging or patting. The players will be celebrating with forearm bumps

What was the response?

Bundesliga’s return has not only succeeded in bringing some respite to the football fans across the globe who were craving for live action, but it has also given great monetary relief to the clubs. The last Bundesliga match was played on March 11 and the league aims to reach a proper end to the season.

How will this work?

As per reports, all players are being tested twice a week. The coaches will be wearing face masks and the matches will be played without fans in empty stadiums. The temperature of all players and ground staff will be taken before they go off into the ground. The substitutes will also be sitting at least 1.5 meters away from each other.

• All teams were kept in quarantine before the games.

•The players were shuttled to the stadium in multiple buses rather than one keeping in mind the social distancing protocol.

• The teams also used more than one dressing room per team.

• The warmup before the match also took place in a staggered way.

• The teams entered the ground at different times with no mascots.

• The substitutes sat well apart from each other and had to wear masks. 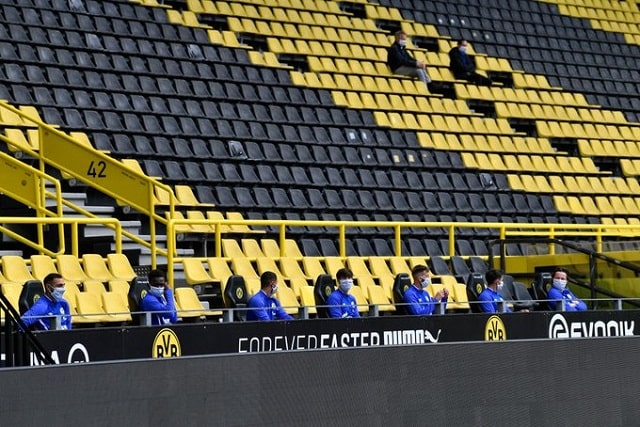 • The ball used during the match was also disinfected before kickoff and the referee entered the field last.

• The medical staff attending to players on the field are also required to wear masks.

• The customary post-victory celebration also saw social distancing in play with arms being raised and lowered at a distance from each other.

• The matches were played in empty stadiums that have the capacity to hold more than 80,000 fans.

The coronavirus outbreak has left a huge question mark on the return of sports across the globe. Most of the major sports competitions have been either postponed like the Tokyo Olympics or cancelled like Wimbledon.

The first hint of normalcy was realised with the tentative comeback of football in South Korea earlier in May and now Germany has announced the comeback of its major football league after it received due approval from German Chancellor Angela Merkel.

Germany has largely been able to control the coronavirus outbreak. The nation’s COVID-19 cases currently stand at 1,75,699, which includes 1,51,700 recoveries and 8001 deaths.