The decision came after the ongoing tussle between CBI Chief Alok Verma and Special Director Rakesh Asthana escalated over bribery allegations, hurled at each other. Earlier, the CBI divested Asthana of all the supervisory charges.

In a dramatic midnight action, the Union Government on October 23, 2018 removed CBI Director Alok Verma and Special Director Rakesh Asthana from their posts.

While divesting Director Verma of his charge, the government and the Central Vigilance Commission (CVC) cited that Verma had not been cooperating with the CVC’s inquiry into allegations made by Asthana against him through a letter on August 24 to the Cabinet Secretary. Verma was appointed as CBI Director in 2016 for two years and his tenure ends in December 2018.

The decision was announced by the Appointments Committee of the Cabinet (ACC). The decision came after the ongoing tussle between CBI Chief Alok Verma and Special Director Rakesh Asthana escalated over bribery allegations, hurled at each other.

Alok Verma’s reaction after his removal from the post

Senior IPS officer Alok Verma approached the Supreme Court on October 24, 2018 after his removal from the post of CBI Director by the Union government and the Central Vigilance Commission (CVC).

He claimed that this overnight decision was in violation of Section 4B of the Delhi Special Police Establishment (DSPE) Act, 1946, which grants the CBI Director a secure term of two years. The Supreme Court will now need to examine the government and the Central Vigilance Commission move.

The Appointments Committee also issued an order appointing M Nageshwar Rao, presently working as Joint Director at the CBI, as Director of the Central Bureau of Investigation (CBI).

Rao will take over the duties and functions of CBI Director with immediate effect. Rao, a 1986 batch Odisha cadre officer, joined the CBI as Joint Director and was promoted as Additional Director in 2018 itself.

The CBI also suspended its Deputy Superintendent of Police Devender Kumar, who was arrested on the charge of falsification of records while probing allegations against meat exporter Moin Qureshi and was sent to CBI custody for seven days.

Kumar is an Investigating Officer in a case against Qureshi, who is facing multiple cases of money laundering and corruption.

Moin Akhtar Qureshi case and his association with CBI Directors 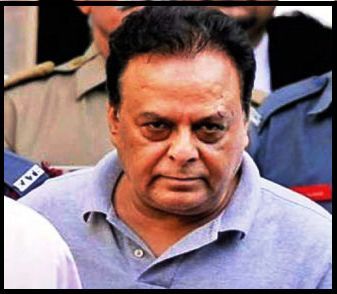 Moin Akhtar Qureshi is a meat exporter from Kanpur. From his meat business, he has established more than 25 companies spreading across sectors including construction and fashion in last 25 years.

He is currently facing multiple investigations, ranging from tax evasion to money laundering and corruption. He is also accused of bribing government officials, including CBI officers and politicians.

Allegations against Qureshi date back to 2014, when it was found that he visited the then CBI chief Ranjit Sinha’s residence at least 70 times in over 15 months. Hyderabad-based businessman Sathish Babu Sana told the Enforcement Directorate in 2017 that he had paid Rs 1 crore to Qureshi to get bail for his friend in a CBI case through Sinha. Resultantly, Sinha came under the CBI scanner. However, Sinha, who headed the CBI from 2012 to 2014, denied all charges.

Later in 2014 itself, it was discovered that Qureshi exchanged messages with another CBI director AP Singh, who headed the agency from 2010 to 2012. The income tax department and the ED probed the matter initially and in February 2017, the CBI booked Singh to probe his links with Qureshi. Singh too has denied all charges against him.