Gujarat Police has become the 7th such police force in the country which has received this honour. 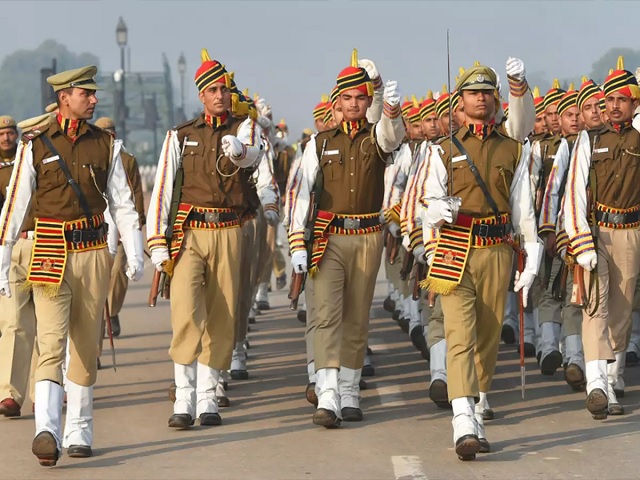 Gujarat Police was recently honoured with President’s Colour for its services and courage. This honour is the biggest honor given by the President to the Armed Forces, Para Military Forces and State Police Forces.

Gujarat Police has become the 7th such police force in the country which has received this honour. Gujarat Police will wear 'President’s Colour' on the left shoulder of uniform on special occasions including a parade.

Gujarat Police was constituted comprising District Police of Saurashtra and Police of Kutch State at the same time when Gujarat State was established on May 1, 1980. The Gujarat Police is the eighth-largest police force in the country. There are about 85,000 civil police and 22355 are armed police personnel are working out of sanctioned strength of 106831 police officers. Till now Madhya Pradesh, Uttar Pradesh, Delhi, Tamil Nadu, Tripura, and Assam had received this honor.

This honour is awarded to the police for service, valor, bravery, and martyrdom. Those armed forces, paramilitary or state police force completes 25 years, can apply for this honour. This award is given by the President. After that, the Ministry of Home Affairs constituted the committee of CRPF, BSF, CBI, RAW, Intelligence Bureau (IB), Odisha Police and Director General of Police of Himachal Pradesh.

Also Read | International Tea Day 2019: Why UN designates May 21 to celebrate this day?