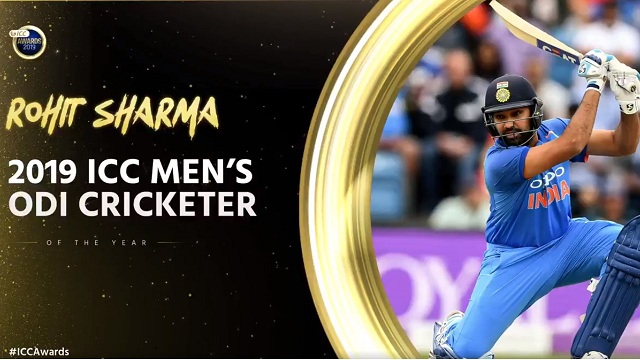 ICC Awards 2019: Indian skipper Virat Kohli was named captain of both ICC Test and ODI teams of 2019 and awarded ICC 2019 'Spirit of Cricket' award. Rohit Sharma was also honoured with the ICC ODI Cricketer of the year 2019 award. The ICC Awards were announced on January 15, 2020.

Virat Kohli was honoured with the ICC  award 'Spirit of Cricket' for his touching gesture during India vs Australia world cup match when he had gestured the crowd to cheer for Steve Smith instead of booing. Rohit Sharma was adjudged as the 2019 ODI Cricketer of the Year, as he hit record 5 centuries during ICC World Cup 2019 and a total of 7 ODI centuries in the whole year. 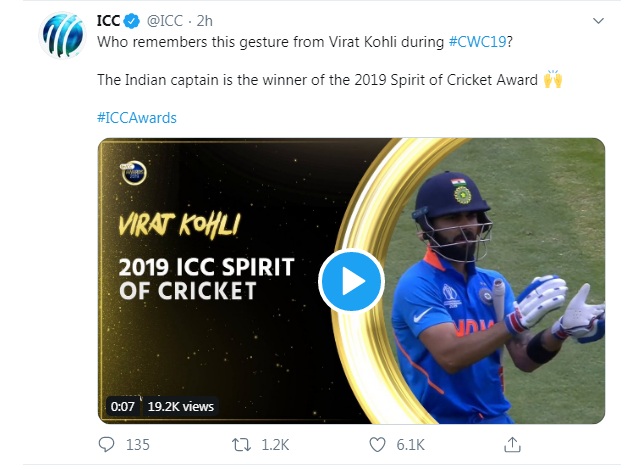 Deepak Chahar's spell against Bangladesh in November 2019 won the ICC award for the T20I Performance of 2019. Deepak Chahar had created history in T20I cricket with a hat-trick and bowling figure of 6/7 in India vs Bangladesh T20 match.

England's all-rounder Ben Stokes was honoured with the biggest ICC award- Sir Garfield Sobers Trophy for being the ICC Cricketer of the Year 2019. Stokes was brilliant throughout 2019, especially during the nerve-wracking run chase in the ICC World Cup final between England and New Zealand. 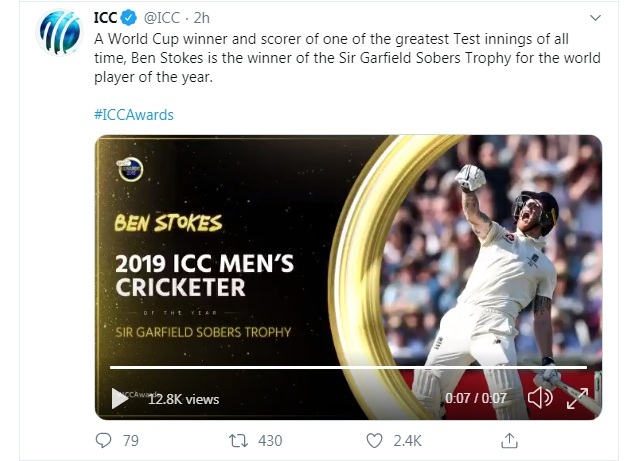 Australia’s Pat Cummins won ICC Test Cricketer of the Year 2019 for taking 59 Test wickets in 2019, 14 more than any other bowler and Richard Illingworth won ICC 2019 Umpire of the Year award.

2019 Umpire of the Year- Richard Illingworth