Among the 180 countries represented in the data, India ranks 19th in terms of the number of names. In all, there are 714 Indians in the list. Interestingly, Indian company Sun Group, founded by Nand Lal Khemka, figures as Appleby’s second-largest client internationally, with as many as 118 different offshore entities. 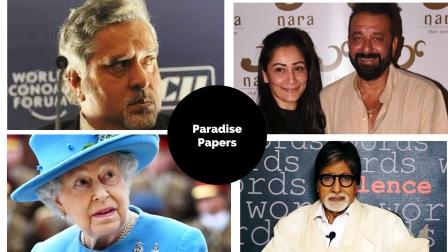 The International Consortium of Investigative Journalists (ICIJ) on 5 November 2017 released the Paradise Papers, a slew of documents revealing the offshore activities of some of the world’s most powerful people and companies.

ICIJ investigated around 13.4 million leaked files that were obtained by the German newspaper Süddeutsche Zeitung.

Highlights of the Paradise Papers
• The investigation revealed that two firms Bermuda’s Appleby and Singapore’s Asiaciti Trust helped the rich and powerful people in moving their money abroad.
• The leaked files reveal some major international figures including United Kingdom’s Queen Elizabeth, donors of US President Donald Trump, US Secretaries Wilbur Ross and Rex Tillerson, Jordanian Queen Noor al-Hussein, among others.
• The files reveal the investment of Queen Elizabeth’s private estate in a Cayman Islands fund.
• It also details Russia’s involvement in Twitter and Facebook through an associate of Jared Kushner, son-in-law of President Trump.
• It also details the offshore traces of spy planes purchased by the United Arab Emirates and a Barbados explosives company of a Canadian engineer who tried to build a “super gun” for Iraqi dictator Saddam Hussein.

Indian names revealed in The Paradise Papers
• Among the 180 countries represented in the data, India ranks 19th in terms of the number of names. In all, there are 714 Indians in the list.
• Interestingly, Indian company Sun Group, founded by Nand Lal Khemka, figures as Appleby’s second-largest client internationally, with as many as 118 different offshore entities.
• The prominent Indian corporates which figure in the list include Jindal Steel, Apollo Tyres, Havells, Hindujas, Emaar MGF, Videocon, the Hiranandani Group and D S Construction.
• The list includes the names of Indian firms linked with several cases such as Sun-TV-Aircel-Maxis case; Essar-Loop 2G case; SNC-Lavalin and the Rajasthan ambulance scam.
• Besides corporates, the data reveals details of famous celebrities such as Amitabh Bachchan’s shareholding in a Bermuda company.
• Actor Sanjay Dutt’s wife Dilnashin Sanjay Dutt, popularly known as Manyata, also figures in the list.
• Union Civil Aviation Minister Jayant Sinha was named due to his past association with the Omidyar Network and BJP MP RK Sinha have also been named in the Paradise Papers.
• The papers also reveal that the loans worth millions of dollars, taken by Vijay Mallya's United Spirits Limited (USL) India, were waived off by Diageo, the company which finally acquired USL.

Background
Earlier in April 2016, the ICIJ along with a group of media outlets published extensive investigation into Panama Papers, the offshore financial dealings of the rich and famous, based on the documents provided by an anonymous source.

This leak was the biggest of its kind, measuring up to 2.6 terabytes of data, out of which 37000 pertained to India. The Paradise Papers is the second biggest.