As per the report of ILO, 300000 workers will be employed directly in the solar and wind energy sectors by 2022 to meet India's goal of generating 175 gigawatts of electricity from renewable sources. 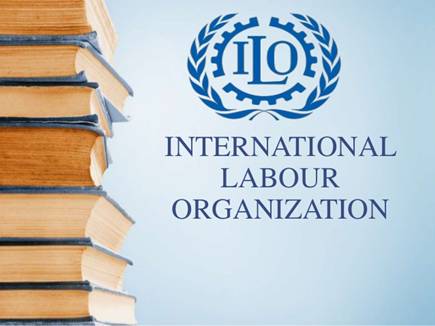 As per the report, 24 million new jobs are expected to be created globally by 2030, if the right policies to promote a greener economy are put in place.

• If countries undertake action to limit global warming to 2 degrees Celsius, it will result in sufficient job creation.

• The adoption of sustainable practices in the energy sector, such as promoting the use of electric vehicles and improving the energy efficiency of buildings, could create new jobs.

Key highlights of the World Employment and Social Outlook 2018

• At the regional level, there will be net job creation in the Americas, Asia, and the Pacific and Europe, representing some 3 million, 14 million and 2 million jobs, respectively, resulting from measures taken in the production and use of energy.

• However, if current trends continue, there could be net job losses in the Middle East (-0.48 percent) and Africa (-0.04 percent) due to their dependence on fossil fuels and mining, respectively.

• Mostly all the sectors of the economy will be benefitted from net job creation.

• Out of the 163 analysed economic sectors, only 14 will suffer employment losses of more than 10000 jobs worldwide.

• 6 million jobs will be created by transitioning towards a ‘circular economy’ which involves activities like recycling, repair, rent and remanufacture. This concept of circular economy replaces the traditional economic model of extracting, making, using and disposing.

Actions required for the transition to a greener economy

• Countries need to take urgent action to train workers in the skills needed for the transition to a greener economy.

• Countries should provide social protection to the workers that contributes in preventing poverty and reduces the vulnerability of households and communities.

• There should be synergy between social protection and environmental policies which support both workers’ incomes and the transition to a greener economy.

• A policy comprising cash transfers, stronger social insurance and restrictions on the use of fossil fuels would lead to faster economic growth, stronger employment creation and a fairer income distribution.