Tirumurti said as India begins its new term in the UNSC 8 years later, it is disheartening to note that the ongoing crisis in Syria still has no end in sight. 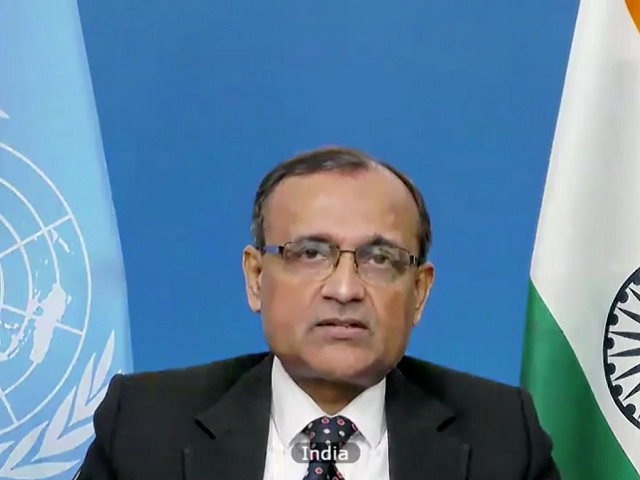 India said on January 20, 2021 that it is ready to play a "constructive and meaningful" role in the United Nations Security Council (UNSC) towards completely ending the Syrian conflict.

This was stated by India's Permanent Representative to the United Nations TS Tirumurti during a UNSC briefing on Syria.

Tirumurti said as India begins its new term in the UNSC 8 years later, it is disheartening to note that the ongoing crisis in Syria still has no end in sight. He said that the political process is yet to take off and the conflict has become even more complex with the involvement of regional players.

He asserted that terrorism emanating from Syria has spread far, even reaching parts of Africa. He noted that the foreign fighters involved in the Syrian conflict have also moved to other places as mercenaries and the humanitarian situation in the country has worsened, especially with the outbreak of COVID-19.

🇮🇳stands ready to continue to render all possible help & support to the Syrian people. pic.twitter.com/lZbYbPQjJX

Tirumurti said the fact that the conflict has been so long-drawn and intractable, points to the inevitability of a Syrian-led and Syrian-owned political process, preserving the unity, sovereignty and territorial integrity of Syria.

He further called on the international community to provide assistance to Syria for rebuilding its infrastructure, safeguarding people's livelihoods and fighting COVID-19. He emphasised that we should be sensitive to the debilitating impact that sanctions continue to have on the lives of the common people of Syria at a time when the country is in the middle of both economic and humanitarian crises.

Tirumurti said that India supports the UN in continuing its humanitarian relief operations through all possible channels with the cooperation of the Syrian Government. In this regard, he said that it is important to delink humanitarian assistance from progress on the political track.

Towards this objective, India is ready to play a constructive and meaningful role in the UN Security Council. He said that India believes that the noble and necessary cause of humanitarian assistance should always be bereft of politics.

• India has provided USD 12 million as humanitarian assistance to the Syrian government since the civil war broke out in 2011 through bilateral and multilateral channels.

• India has set up a biotech park and an IT Centre in Syria and extended USD 265 million in lines of credit for projects in the steel and power sectors in the country.

• Further, India had sent a gift of 10 metric tonnes of medicines to Damascus to help Syria fight the COVID-19 pandemic in July 2020.

Syria's civil war had begun during the Arab Spring in 2011 as a peaceful uprising against the country's president, Bashar al-Assad.

Since then, it since escalated disrupting thousands of lives and destroying cities, leading to a major refugee crisis and straining global politics.